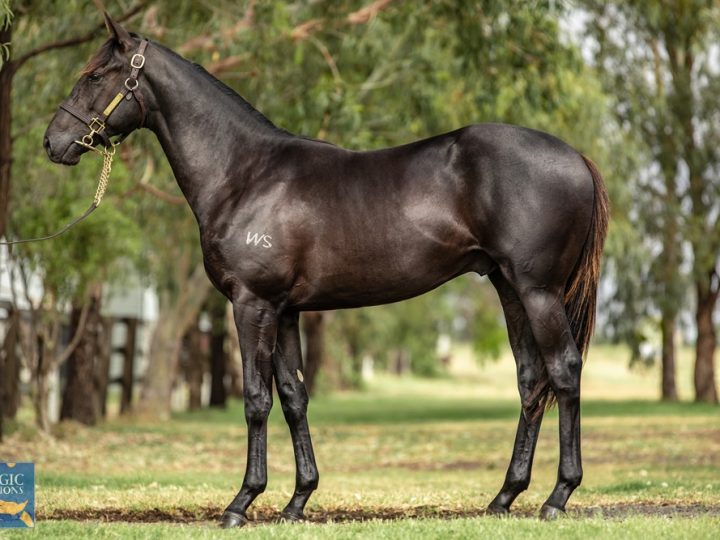 Gai Waterhouse and Adrian Bott took a liking to Waikato Stud’s Savabeel youngster, Lot 355, on day two of the Magic Millions Gold Coast Yearling Sale and weren’t to be denied in their pursuit of the handsome colt.

The leading Sydney trainers were relentless in their pursuit and had the final say for the first foal of the unraced O’Reilly mare Gram at AU$260,000.

It is a proven 2-year-old family with the dam a half-sister to the G2 Matamata Breeders’ S. winner Gold Fever and to Gold Rush, who also won an edition of the Matamata juvenile feature.

They are out of the G2 Karrakatta Plate winner Gold Rocks and she also produced the Listed Gimcrack S. winner Calaverite and Tommy Gold, who is a winner and dual black type placegetter from a handful of appearances.

Waikato Stud also offered a son of Ocean Park, Lot 392, today and he was knocked down for AU$170,000 to Bennett Racing.

The colt is out of the O’Reilly mare Impurrfection, an unraced half-sister to the multiple Singapore black type winner Kiwi Karma and the six-time winner and G2 Queensland guineas runner-up Seaway.

The G2 Sir Byrne Hart S. winner and G1 Telegraph H. runner-up Cheiron is another well-performed member of the family.