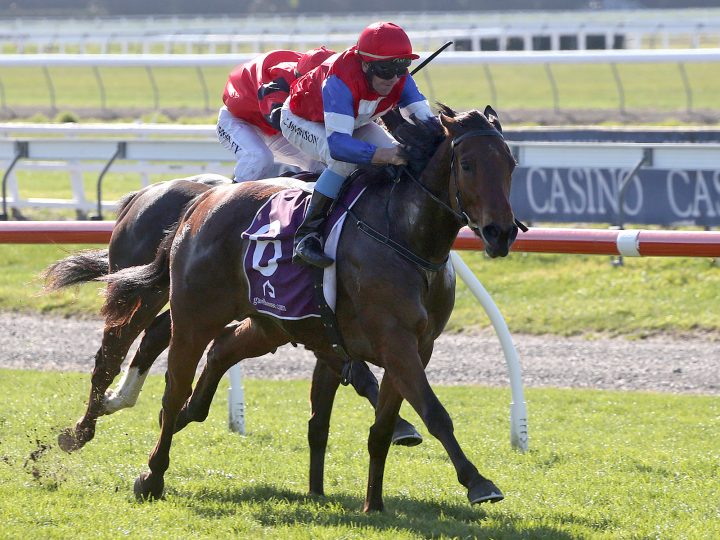 Prepared at Balcairn by John and Karen Parsons, she was successful in six of her 16 starts and was placed on a further six occasions.

Starvoia was unbeaten in her first two starts as a three-year-old and then chased subsequent Gr.1 New Zealand 1000 Guineas winner La Diosa home when second in the Listed NZ Bloodstock Canterbury Belle Stakes.

Starvoia resumed with a fresh-up win at Riccarton last November and also won her next two starts, culminating with her final victory in the Listed Hazlett Stakes on Boxing Day.

The curtain came down on her racing career when she finished seventh with a slipped saddle at Wingatui last month.

“She was a top mare and we didn’t get to see the best of her,” Karen Parsons said. “She was unlucky a lot of the time.”

Starvoia is a daughter of the Waikato Stud-bred Starcraft, an Australian, New Zealand, English and French Group One winner.