A Prince for the late O’Reilly 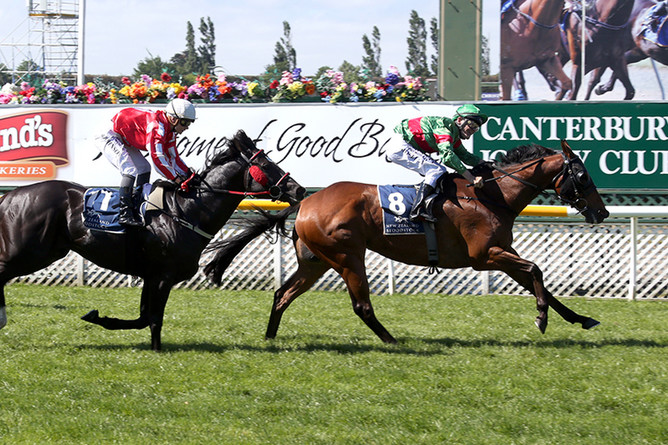 He’s an unexpected star and there’s no stopping the express seven-year-old Prince Oz.

The son of O’Reilly’s rise through the sprinting ranks tells a remarkable story.

This afternoon, Prince Oz went to another level with a hollow victory in the Gr.3 Stewards Stakes.

But to recap, he began his life with Wanganui trainer and part-owner Raymond Connors.

At his sixth start, he won a Woodville maiden and did very little else in five subsequent appearances.

He was sent to Neill Ridley’s Riccarton stable and it’s been a stunning transformation.

Prince Oz has yet to be beaten from his new quarters, today’s success his seventh on the bounce.

Ridely said he could offer no particular reason for the turnaround.

“I’ve known the Connors for a long time and they said they had one they thought a bit of and it wasn’t going very well, so could I have a go with it.

Terry Moseley, who has been Prince of Oz’s regular rider, was full of praise for the gelding.

“He’s come of age with me,” he said. “He’s been a sensational horse.

“I thought the track might have been just a bit firm for him, but he’s a class act. He’s been very aloof but every time you set him a task he just steps up.

“We got a really nice run and the speed was on. I wasn’t too worried where we ended up, I thought it was going to be a good genuine pace.