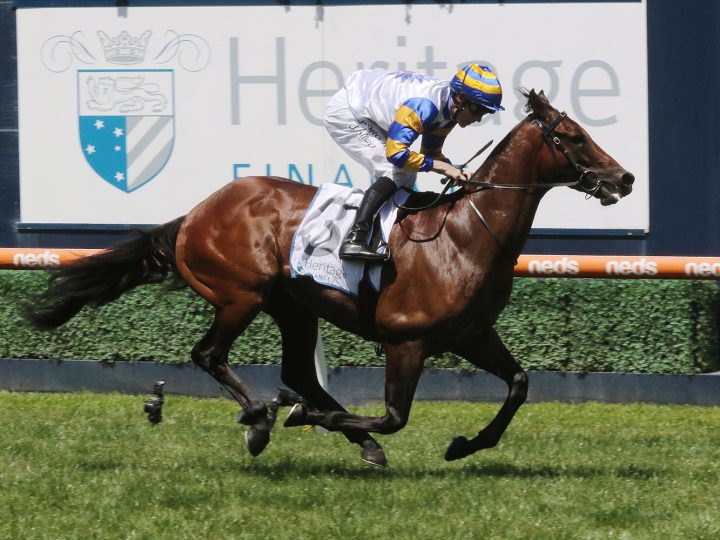 The Gr.1 South Australian Derby in Adelaide and the Gr.2 WATC Derby in Perth are options for Gr.2 Autumn Classic winner Adelaide Ace.
The son of Savabeel credited the Waikato Stud stallion with his 98th stakes winner and 13th stakes winner for this season.
“It was a good win,” trainer Lindsey Smith said.
“The race was run to suit him. He had them boxed up and it was only really a sprint home the last 600 metres.”
Adelaide Ace was on a Gr.1 Victoria Derby path last spring after winning the Derby Trial at Flemington in September, but he never made it to the Classic.
Raced by Dr P C Goel, Adelaide Ace has now banked $212,425 in stakes courtesy of a seven-start career yielding four wins and two placings.
Adelaide Ace is out of the unraced Pins mare Ampin and was bred by Gartshore Bloodstock.
He was later sold on Gavelhouse as a weanling, with astute judge John Foote purchasing him on this occasion for NZ$110,000.
To date there have been 13 stakes winners bred on the Savabeel / Pins cross, with the best of these including the Gr.1 stand-outs Savvy Coup and Brambles.