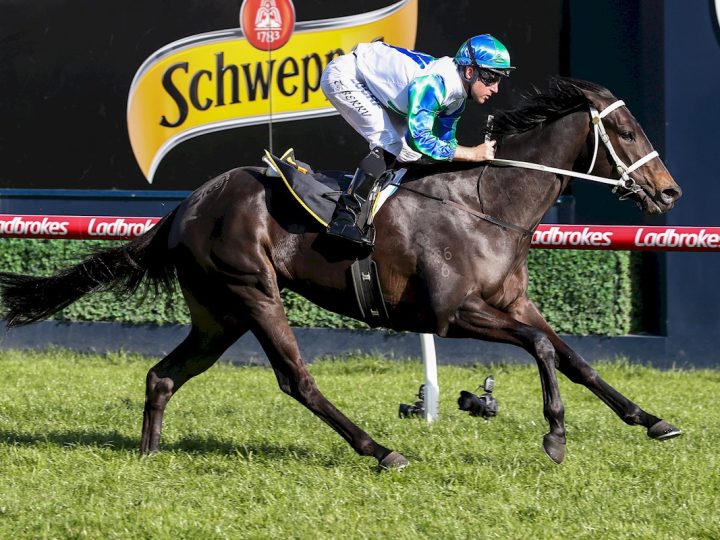 Acting stepped up to the big stage at Caulfield today and the Waikato Stud-bred and owned Savabeel filly played a blinder.

She faced the sternest test of her fledgling career in the Gr.2 Thousand Guineas Prelude and passed with flying colours.

As is customary for her, Acting was quickly into stride under jockey Tommy Berry and travelled easily in front to the turn.

When she was asked for a serious effort in the straight, the filly responded in electric fashion to surge clear.

Acting held a strong gallop to the post to win for the third time in her four-start career.

“She’s the best horse in the stable, no doubt about that.

“It’s great for the breeders to get a Group Two and she’ll be back in a couple of weeks for the Group One.”

Busuttin, who trains with his partner Natalie Young, was referring to the Gr.1 Thousand Guineas.

Acting took bad luck out of the equation today by making the running and justified the stable’s confidence in her.

“It makes all the difference to race like that, out of trouble all the way,” Busuttin said.

Acting will however need a new jockey for the Thousand Guineas, but there are sure to be plenty of offers.

“Unfortunately, I’ll be suspended but she’s going to be a great ride for someone else,” Berry said.

“She’s got good gate speed and she kicked strongly when I asked her 400 metres out.

“Trent and Natalie gave her a really good push and said she’d take some beating and they were right.”

Acting is out of the Pins mare Hollywood, a daughter of the two-time Group One winner Glamour Puss.