Another from the Tivaci draft excels on debut 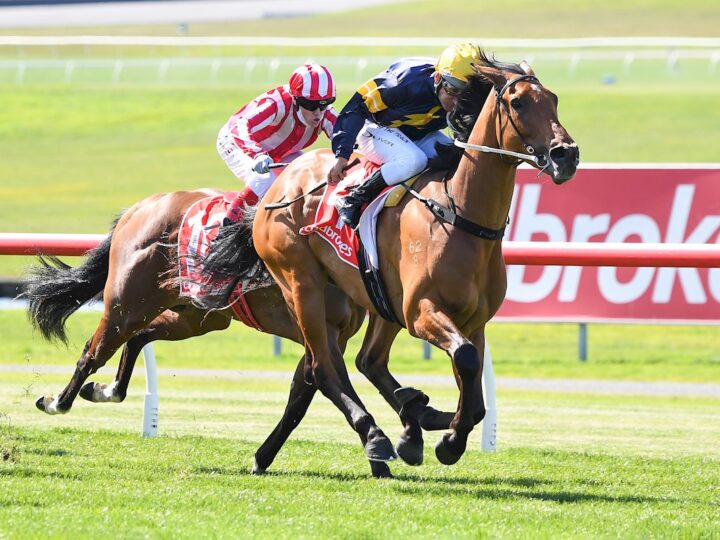 Tivaci has started the new season off as he ended the last term with further success and another 3-year-old in Draft Day who promises to make his mark in much stronger company.

The Waikato Stud stallion produced a quartet of winners in August and at Ladbrokes Park this afternoon the Leon and Troy Corstens-trained Draft Day overcame a wide barrier to make the perfect start to his career over 1200 metres.

Draft Day was a little tardy to begin and quickly improved for rider Damien Oliver to sit three wide on the pace. They hit the front early in the run home and the gelding showed admirable tenacity hang on for a game win.

“It was a brave effort as we didn’t have any favours from the wide gate and he did a good job to hold them off,” Oliver said. “He’s still pretty new, but he’s got a lot of potential.

“That appeared to be a fairly strong maiden and he can progress further from this.”

He has a pedigree to instill confidence as his winning dam Miss Lioness is a half-sister to the ill-fated multiple Group 1 winner Lion Tamer and the third dam Blue Denim also won three top-flight events.

The G2 Tulloch S. winner and G1 Australian Derby runner-up Harris Tweed is another member of the family.

“He’s always showed plenty of ability at home, but has taken time to put it all together. I’m sure Troy will sit down now and make a plan and we’re hoping he can get out to a mile for maybe a Guineas,” stable representative Dom Sutton said.