Another Group 1 for Ocean Park 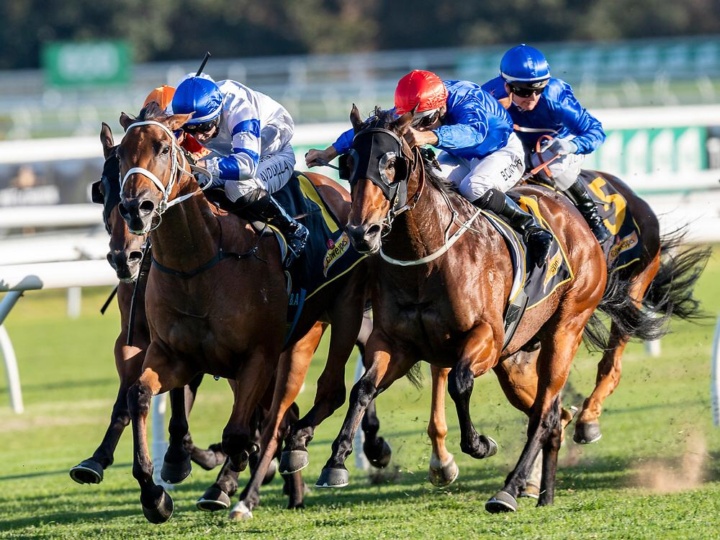 Ocean Park’s best son Kolding has again demonstrated his class and tenacity with success in this afternoon’s G1 All Aged S.

The Waikato Stud stallion is also the sire of the Tofane, who won the Randwick feature 12 months ago, and the G1 Auckland Cup winner Ocean Billy.

He appreciated the return to racing on a Good 4 surface at Randwick was produced with a well-timed finish by Brenton Avdulla for the thick end of the stake.

“I felt in control a long way out when Tagaloa dropped off and I just had to get there and take my time,” he said.

“He just lacks that turn of speed that he had a couple of preps ago. He felt the winner and Hughie (on Savatiano) was on top of him pretty quickly and got a head in front of me. To my bloke’s credit, once he felt her there he lifted into another gear and showed his Group 1 dominance.

“I’m lucky enough to ride for the stable. It’s my second Group 1 for Chris. He puts on a variety of riders, but it’s always nice to put the white bridles and white reins on for Chris Waller.”