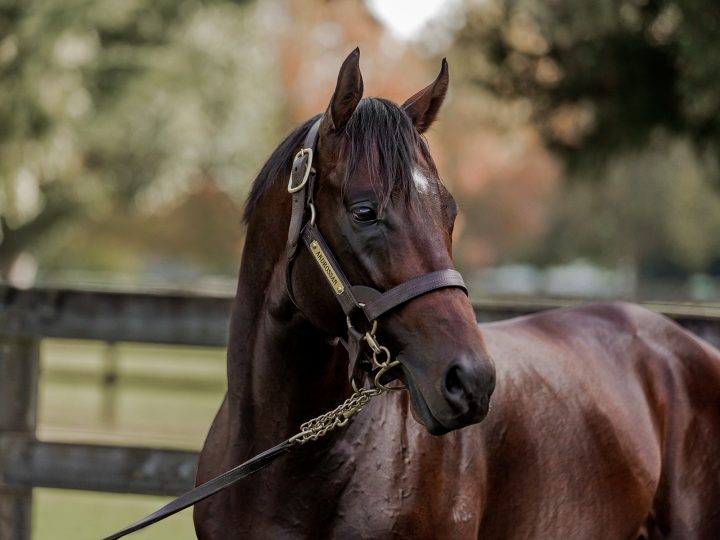 Gifted sprinter Ardrossan is an exciting addition to the Waikato Stud roster in 2019 with the Group winner bringing a strong mix of performance and pedigree.

The richly-bred son of Redoute’s Choice was unbeaten in two New Zealand starts as a two-year-old, including a runaway win at Listed level, before he was sent to Melbourne where he defeated Group One winner Shoals in a trial before suffering heart strain.

After a six month break, he easily won first-up at home before the ARC Gr.3 Concorde in which he defeated the Gr.1 New Zealand 2000 Guineas placegetter Ever Loyal.

Ardrossan raced only once more on an unsuitable heavy track at Rosehill, in which he finished a close third in the Gr.3 Star Kingdom Stakes and sadly sustained an injury which brought about his pre-mature retirement.

“He is a beautiful horse. His racing career was certainly interrupted by a couple of setbacks, but he showed his speed and what an unbelievable turn of foot he had when he was as close to 100 per cent as we could get him,” Mark Chittick said.

“He will get really good support at stud and with his ownership group we will be making sure in the future that a fair few of his progeny end up in Australia.”

The strength of the Danehill blood through Redoute’s Choice remains supremely dominant with 10 of his sons at stud led by current Champion Sire Snitzel having sired 13 Group One winners. Others include Not a Single Doubt and Stratum II.

As well as an acclaimed sire of sires, Redoute’s Choice internationally has 54 Group One wins and 329 group and listed events to his credit. In Australia, he has sired 34 individual Group One winners and 160 stakes winners. His second crop son Snitzel will this season emulate his own sire when he takes out his third consecutive Champion Sire of Australia title.

Breeders looking for early speed will also be encouraged by Ardrossan’s dam Miss Argyle, by Iglesia, who was second in the Listed Gimcrack Stakes (1000m) at Randwick, the first fillies’ stakes race of the two-year-old season.