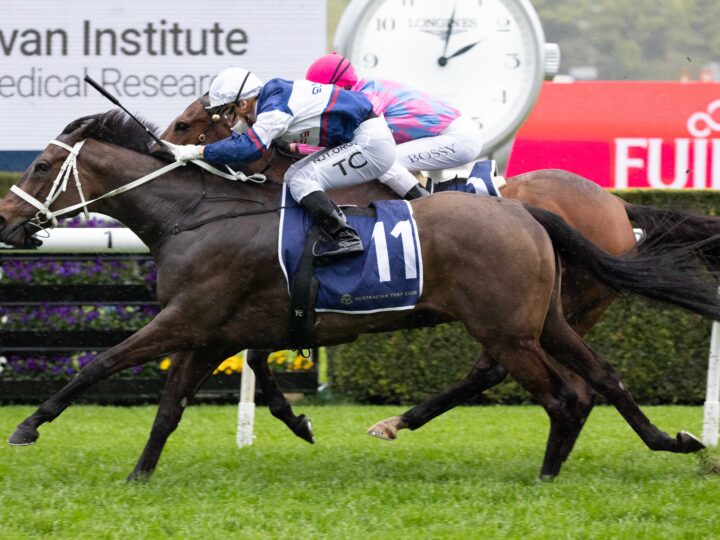 Atishu hasn’t taken long to make her mark in Australia and her victory in the G3 Bill Ritchie H. has earned her a crack at higher honours.

The Waikato Stud-bred and sold daughter of Savabeel received a golden ticket into the G1 Epsom H. with today’s victory and one that trainer Chris Waller is looking forward to cashing in.

“I really liked the way she fought her way to the line today. She’ll get into the Epsom with a lightweight and the rough Randwick mile will really suit her,” Waller said.

Atishu kept the leaders in sight in the Bill Ritchie and when rider Tim Clark asked her a serious effort she knuckled down to her task with a performance that saw her Epsom odds cut from $20 to $13.

She was purchased at New Zealand Bloodstock’s National Yearling Sale by Albert Bosma’s Go Racing for $260,000 and is out Posy, a daughter of No Excuse Needed.

Atishu began her career with Stephen Marsh at Cambridge and was successful at Listed level in the Inglewood S. and Warstep S. before she relocated to Waller’s Sydney operation.