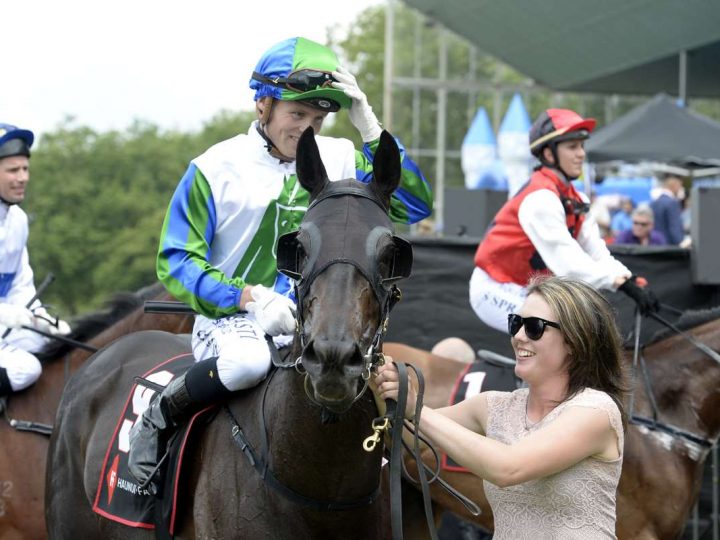 Murray Baker and Andrew Forsman are likely to be looking at suitable offshore targets for the quality mare Love Affair.

The Cambridge trainers produced the Garry Chittick-bred and owned four-year-old for an impressive first-up victory at the expense of the Queensland-bound Volpe Veloce in Saturday’s Aon Insurance Brokers Premier (1200m) at Te Rapa.

“I’ll have to speak to Garry, he might be looking at Brisbane,” Baker said. “If not Brisbane, then she’ll be a good mare for Melbourne in the spring.”

By Savabeel, Love Affair is out of the O’Reilly mare Romancing and the family of the Group winners Somepin Anypin, Sylvaner and Centisle.

Runner-up in the Gr.2 Cal Isuzu Stakes before a spell, the daughter of Savabeel has now won five times from eight appearances.

“She’s a classy sort of mare and she trialled up well,” Baker said. “We didn’t really know how she would go today over 1200m, but she was nice and fresh.”

Love Affair settled one off the fence near the pace and when rider Matthew Cameron asked her to sprint 300m from home she quickly cut loose to put the issue beyond doubt.

“She’s not a natural 1200m horse, but she jumped and got into a good position and kicked really well,” he said.