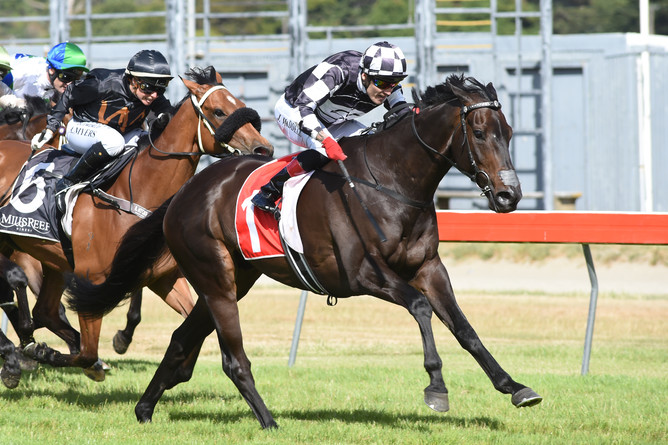 Kawi
Kawi is making steady progress following a setback and the Group one winner is likely to be back on track later this month.
The Savabeel gelding hasn’t stepped out since his dynamic display to win the Makfi Challenge Stakes on the opening day of the Hawke’s Bay carnival at the end of August.
“He had a muscle issue around the kidney area, but he seems fine again now,” trainer Allan Sharrock said.
“He worked for the first time this (Monday) morning and I was happy with the way he galloped.”
Sharrock has pencilled in the Feilding Gold Cup meeting at Awapuni on October 31 as a likely starting point for Kawi.
“There’s an open sprint there and then he’ll go to the Group Two weight-for-age race at Tauranga with the Captain Cook Stakes to follow and possibly the Zabeel Classic before he goes to the paddock,” he said.
Kawi’s stablemate The Bold One is also unraced since he made a winning return at Hastings after a wide gate ruled out a start on Livamol Classic day for the well-related five-year-old.
“He’ll go to Wellington on October 24 for a Rating 85 over 1200 metres,” Sharrock said. “I couldn’t have run him from the 15 alley at Hastings, that would have been suicide, and it won’t matter if he draws wide at Trentham. It’s almost a straight run there.”
The Bold One remains in contention for a trip to the New Zealand Cup carnival for a crack at the Gr.3 Lindauer Stewards’ Stakes on November 11.
A son of Fastnet Rock and the dual Group One winner The Jewel, he has won four races and has yet to finish out of the money in eight appearances. – NZ Racing Desk.