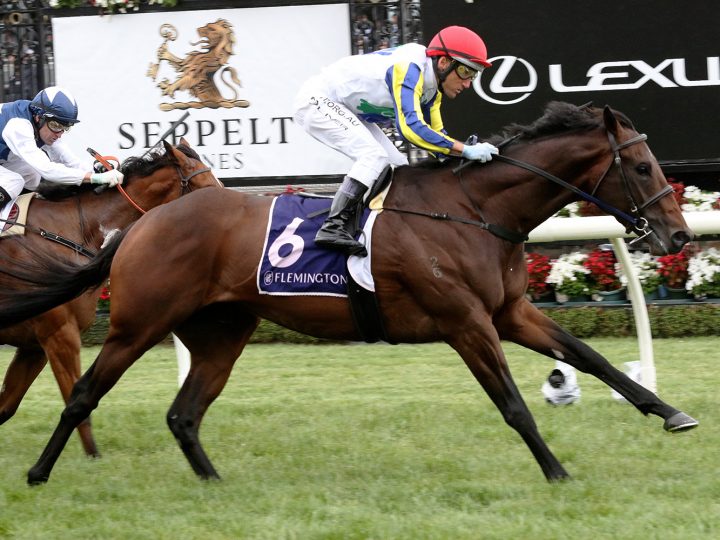 Banquo took a first serious step toward a stallion career with victory at Flemington today in the Listed Springtime Stakes.

It was the son of Written Tycoon second win from a handful of starts with the best yet to come.

He is trained by Danny O’Brien for a syndicate that includes Waikato Stud.

“He’s a beautiful style of colt and he’ll go on to bigger and better things,” he said.

Banquo was given a gem of a ride by Damien Oliver, who was understandably impressed.

“He’s a cracking type, a lovely colt,” he said.

“We’ve always had an opinion of him and he was always going to reach stakes class.

“He’s got a good attitude and a very good race brain as well.”