Best yet to come from Sacred Falls 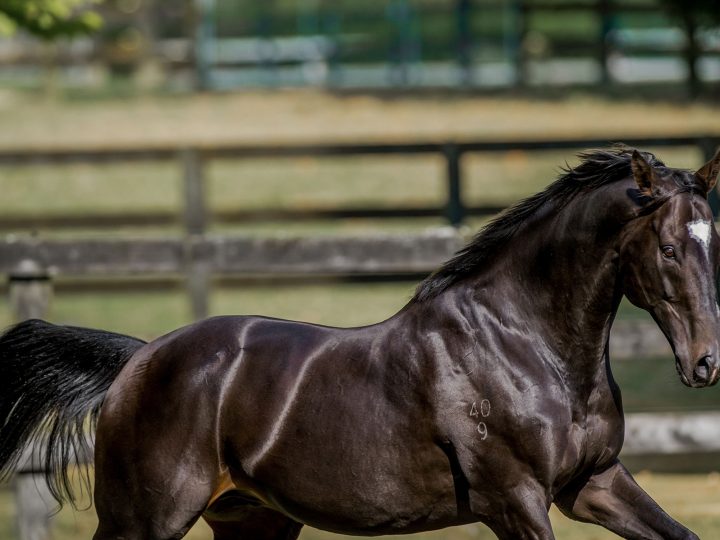 Sacred Falls has produced two impressive two-year-old winners Shoshone and Vibrato, plus numerous trial winners this season and expectations from Waikato Stud are that his progeny will be seen at their very best as three-year-olds.

Not considered by his trainer Tony Pike to be a natural juvenile, Sacred Falls showed his class by being undefeated at that age and his brilliance was for all to see at three.

He won the Gr.1 New Zealand 2000 Guineas at Riccarton, the first of his four top-flight victories that culminated in back to back Gr.1 Doncaster Handicaps in a career that earned $4.7 million.

He retired to stud as the highest ever New Zealand-bred stakes winner, and the excitement he generated on the track is now refocused upon an emerging crop of highly talented offspring.

“His progeny are really starting to come into their own,” Mark Chittick said. “Sacred Falls grew another leg as a three-year-old and if the performances of his two-year-olds are anything to go by, we expect them to do the same.”

Sacred Falls’ top-priced yearling out of Savodara was purchased by David Archer for $380,000 at Karaka where a host of top Australasian judges bought Sacred Falls youngsters.

As a home-bred returning to Waikato Stud, by another homebred champion sire in O’Reilly, he is from the Redoute’s Choice mare Iguazu’s Girl and the Group winning family of Splashing Out, Shopaholic, Splurge, Omnicorp, Crimson, Pharostan and Vonusti.