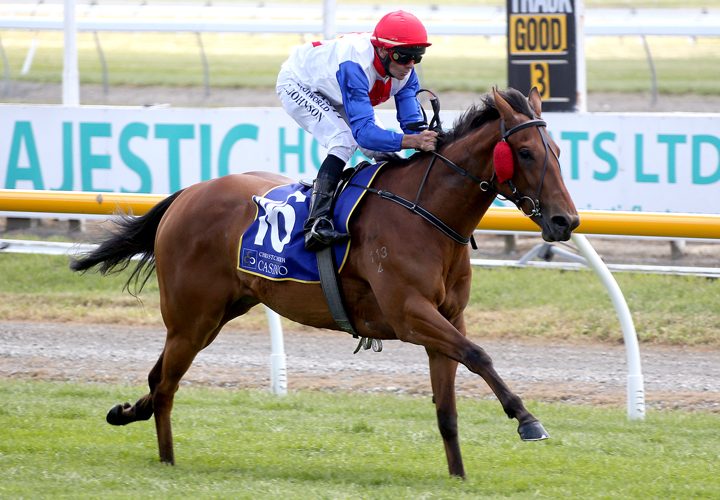 North Island targets are on the programme for the exciting Michael and Matthew Pitman-trained three-year-old Savvy Coup. Their daughter of Savabeel was a runaway winner at Riccarton last Saturday and she stepped up in grade to post another effortless win in Wednesday’s New Zealand Bloodstock LTD Ready to Run Sale Premier (1400m).
“She’s a really good filly and we’ll be plotting a path to the Oaks and she is eligible for the Karaka Million 3YO Classic as well,” Michael Pitman said. “We’ll have to sit down and have a good think about it all.”
A daughter of Savabeel, she is out of the Pins mare Eudora, a sister to the Gr.3 Mannerism Stakes winner Tootsie. She was bought out of WS’s Premier Sale draft at Karaka in 2016 for $65,000.