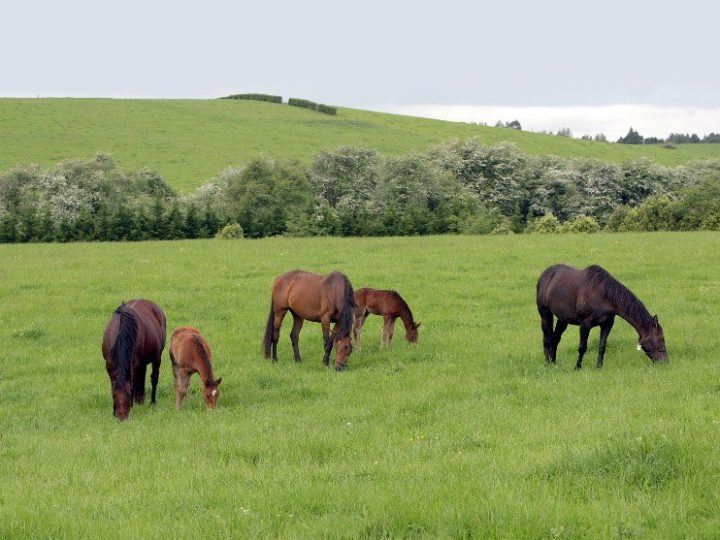 Reform by way of a new structure for New Zealand racing could see increased prize-money alongside taxation changes to attract new investors.

Minister for Racing Winston Peters has always championed the plight of the racehorse owner, but recovery of the industry would happen much faster if enhanced stakes were coupled with an easing of the tax guidelines to encourage new investment.

Perhaps a realisation by both the newish coalition government and the smarting National Party that the racing vote had more influence than any of the political parties realised, now casts this once great industry of ours in a different political light.

The analysts have said the racing vote got NZ First over the line and apparently the National Party is now well aware of it. Otherwise, why would National Party leader Simon Bridges and his cohorts have been busy wooing the breeding industry in the Waikato a few weeks ago?

Instead of the industry impressing upon political leaders pre-election the importance of the horse business, it took the analysts to state the true case for racing afterwards. NZ First and particularly Winston Peters read a hazy forecast better than the others and assumed the playmaker role as a result.

As a further consequence, we now have an industry review taking place and the winds of change will soon develop in intensity from a gentle zephyr to a stiff Cook Strait breeze. Tax reform in favour of some new investment may, hopefully, soon fill the sails.

Despite concerted efforts by a number of determined ‘industry at heart’ accountants over more than four years, little progress taxwise was made with an unsympathetic Inland Revenue Department during the latter stages of the National Party’s three-term reign.

Then last month in the first Coalition budget, racing got a tax reform concession with the agreement by IRD to allow first time investors to write-down yearling purchases that were deemed to be ‘high quality’ or ‘outstanding.’

Thoroughbred Breeders’ Association President John Fokerd described the change as one of a technical nature while admitting the terminology used by the IRD still required some adjustment.

Industry accountant John Aubrey said stoically this week: “Horse racing will never-ever be deemed to be a business by itself on a stand-alone basis. There is no prospect of profit when only five per cent of horses pay their way.

“We’ve been doing these tax submissions for four and a half years. A lot of this stuff is a cure for insomnia.”

Aubrey wrote a paper entitled ‘Bloodstock Tax Negotiations’ which he released to his contemporaries in June 2017. In it, he vented his frustrations at his extended dealings with the IRD and in conclusion asked these two questions: “Why have the negotiations dragged on so long; and, why has the breeding industry been singled out for special treatment?”

He also stated: “The racing and breeding industry is crying out for new investment but these proposed rule changes are a barrier.”

Aubrey’s reference to the barrier for new investment was made in this instance because IRD officials determined that to qualify as a ‘breeder’ that person must already be in the breeding industry, therefore negating any possibility of a first-time investor entering the business and gaining a write-down from an initial purchase.

His other reference to the bloodstock industry being singled out for special treatment was because all other investors in livestock farming such as sheep, pigs and cattle could enter the business with their initial investment qualifying for an immediate write-down.

Why the bloodstock breeding business had been treated so differently has been a topic of derision for many a year for Aubrey and his colleagues and while the change in the May budget may have been viewed as only small, it may also be the precursor for more to come.

After reading through the entire Aubrey tax document it’s not difficult to concur with the author that the contents are indeed the perfect cure for insomnia, but a year after its release the industry has greater cause for tax optimism. After all, we have had a change of government.

And a change of government often is accompanied by policy change, one way or another, in government departments. So, when the question was posed to Aubrey on whether or not there was any current activity on write-downs, he responded thus: “Right now, I cannot say there is any work being done on write-downs.”

But Minister Peters himself told The Informant just a couple of weeks ago that, “the fundamentals of a fair tax policy have to be put in place, no matter what.” The indication was the budget announcement was only the beginning.

Peters knows only too well that the grey areas in taxation have to be clarified. For a long time, the government has collected an estimated $70 million per annum in in taxes direct from racing, and it has returned nothing to an industry that has been losing its viability as every year passes.

The above figure does not include tax revenues such as PAYE derived from the thousands employed in the industry, nor revenues from the huge spending by the racing/breeding industry on a wide range of businesses and services.

The days of the special breeding partnerships through the 1980s did immeasurable damage, from which full recovery was impossible in terms of attracting post-crash investors, and the introduction of GST just before that in 1986 was an instant, inflationary blow to the industry which occurred simply too close to the stock market crash of 1987.

The 1980s was like the Wild West for bloodstock tax write-offs, with Queen Street farmers pouring millions into what turned out to be the special partnership debacle. The millions in profit generated in that booming decade went into dodgy schemes whereby two dollars were invested to save one dollar in tax.

Greed combined with hundreds of highly questionable bloodstock valuations were merged in deals concocted at the top of a cliff. Overnight they fell over the cliff and just as suddenly the two-dollar investment was revalued at 20 cents.

When Australia got tax parity with New Zealand soon afterwards, the tide turned drastically. And today, 15 years after the Racing Act of 2003 created this mushrooming body known as the NZRB, the best 40 or so fillies and mares, with only a few exceptions, are each year sold overseas, mainly to a buoyant Australian industry which now boasts a wealth of internationally ranked stallions.

Forty years ago the top 50 sires on the Australian premiership included 20 that were New Zealand-based. Today we have just one on that list. And increasingly so, we now see the best fillies and mares leaving in droves.

To retrieve and then retain a viable breeding industry that underpins the quality of our racing, we need increased stakes for owners to be accompanied by tax relief that will encourage new investment into long-term partnerships for fillies and mares.

“We stopped claiming GST a couple of years ago because of the way the IRD started to interpret what could be a breeding partnership and what couldn’t,” syndicator Albert Bosma of Go Racing told The Informant this week.

“If you have tax concessions then I think you will find buyers that will put more money into horses. They might then buy into a stallion prospect or buy into some well-bred fillies and we’ll pay a bit of money for them and if we can claim back the GST and claim some expenses – it makes it attractive to get more people involved in the breeding industry.

“And, at the same time,” continued Bosma, “the IRD will get its money because any horse sold for a profit for big money will attract tax. They will be taxed on the profit, but at the moment, if someone buys a horse it is deemed only to be a hobby and they will get nothing.

“I’m sure tax relief would encourage investment. The incentive would bring some owners back, and new people into the business to have horses trained and to breed from them later.