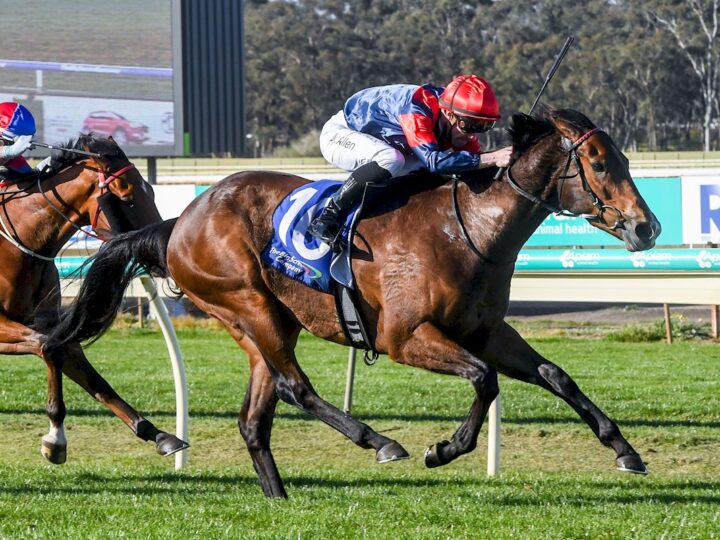 Trainer Archie Alexander has played the waiting game with Bold Manner and connections were this afternoon rewarded at Bendigo where the 4-year-old was untroubled to successfully kick off her spring preparation.

The Ballarat horseman has formed a good opinion of the Waikato Stud-bred and sold daughter of Pins and she has now two of her three starts with the promise of a lot more to come.

“We’ll look at a race in town for her now, I definitely think she is up to city grade,” Alexander said.

Bold Manner jumped quickly from the outside gate today for rider John Allen to sit outside the leader and strode clear 200 metres from home to coast in by 1.5l.

“It was a really good ride by Johnny to go forward and she was far too good. She travelled well all the way and I do think a lot of her,” Alexander said.

“She won her first start and then we threw her in at the deep end at Sandown (when unplaced). We gave her a good break and let her mature and she’s come back really well,” Alexander said.

Waikato Stud sold Bold Manner to Ellesmere Thoroughbreds for $60,000 at New Zealand Bloodstock’s National Yearling Sale and she subsequently made $100,000 to Victorian interests when offered at the Ready to Run Sale.

She is the first foal of the Savabeel mare Touting, a half-sister to the G3 Hawkesbury Gold Cup winner Somepin Anypin and the family of the G3 Eagle Technology S. winner Love Affair.