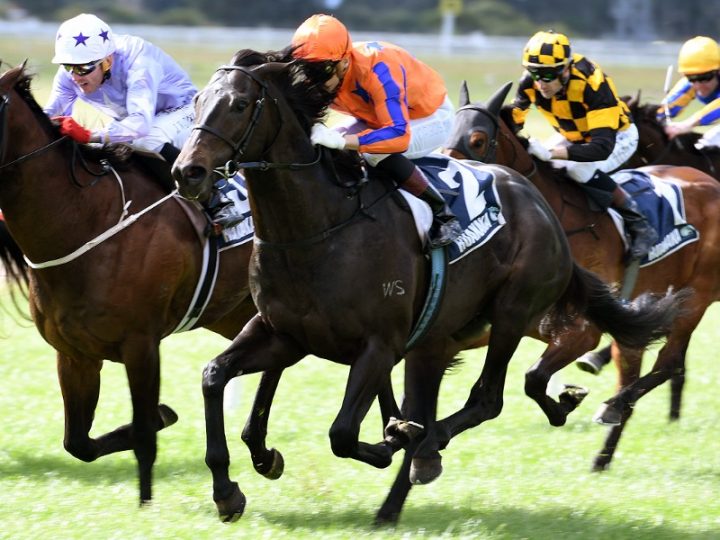 Leading New Zealand jockey Opie Bosson will take care of Group One business at home on Saturday week.
He has been confirmed by Te Akau principal David Ellis as the rider of pre-post New Zealand 2000 Guineas (1600m) favourite Embellish at Riccarton on November 11.
Stablemate Gingernuts will run the same day at Flemington in the Gr.1 Emirates Stakes (2000m) with two riding options in place for the Stephen Autridge and Jamie Richards-trained four-year-old.
“The rider of Gingernuts, if Winx doesn’t run, will be Hugh Bowman and if Winx does run then Blake Shinn is keen to ride him,” Ellis said.
“Opie said to leave it to me and he is happy to do whatever the team wanted him to do.”
A son of Savabeel, the WS-bred and sold Embellish has won two of his three starts and in his final Guineas trial he beat the older horses last Saturday at Trentham.
“He has arrived at our stables at Riccarton and he’s settled in very well,” Ellis said.
“I know Opie has got a very high opinion of Embellish. He’s a very valuable colt and we would love to think that he will be standing at stud in the future.”
Ellis purchased Embellish, a brother to the Group One winner Diademe, for $775,000 out of WS’s Premier Sale draft at Karaka last year.