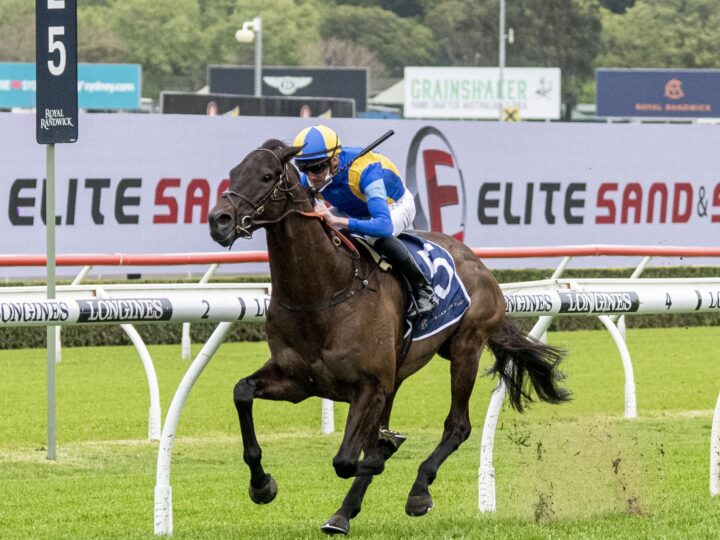 Kiss The Bride was back to winning ways at Randwick this afternoon for trainer Bjorn Baker with a dominant front-running performance.

The Waikato Stud graduate was well-rated at the head of affairs by Nash Rawiller and he was strong to the line over 1600 metres to score by 2.8l and the eighth win of his career.

He is a son of the No Excuse Needed mare I Do, who won 15 races from Allan Sharrock’s stable including an edition of the G1 Makfi Challenge S. and at Group 3 level the Foxbridge Plate and the Manawatu Challenge S.

I Do is a sister to the Listed Queensland Cup winner Iggy Pop and the second dam Freequent was successful in the G3 New Zealand St Leger. The G1 Queensland Derby winner Court Ruler is another well-performed member of this family.

The 5-year-old was bred by Waikato Stud and Sharrock, who prepared I Do, and sold at New Zealand Bloodstock’s National Yearling Sale in 2017 to Baker and Blandford Bloodstock for $200,000.