Bright future ahead of Oceanex 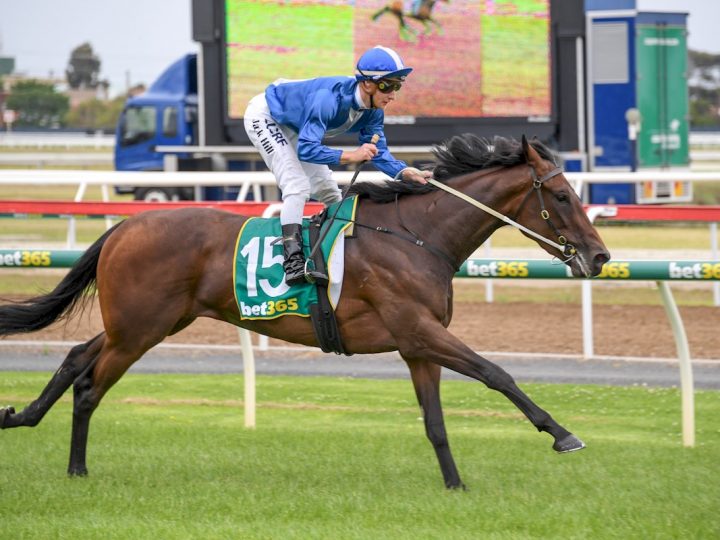 The Mick Price-trained Oceanex appeals as a filly that can make her way through the grades in Victoria in the New Year.

She has made a particularly bright start to her career, crowned by her last-start success at Geelong this week.

The Ocean Park three-year-old had placed at her first two starts before a runaway victory over 1700 metres.

Oceanex caught the eye of bloodstock agent Bruce Perry at Karaka last year and he secured her for $210,000.

The filly is a half-sister to six winners, including the Gr.3 Rough Habit Plate winner Amexed.

Their dam is the winning Danasinga mare Oceanex, who showed her quality with a runner-up finish in the Gr.1 New Zealand Oaks.

It is also the family of the two-time Group One winner Calm Harbour and Ryan Mark, also a top-flight winner.