Bright future tipped for O’Reilly 4YO 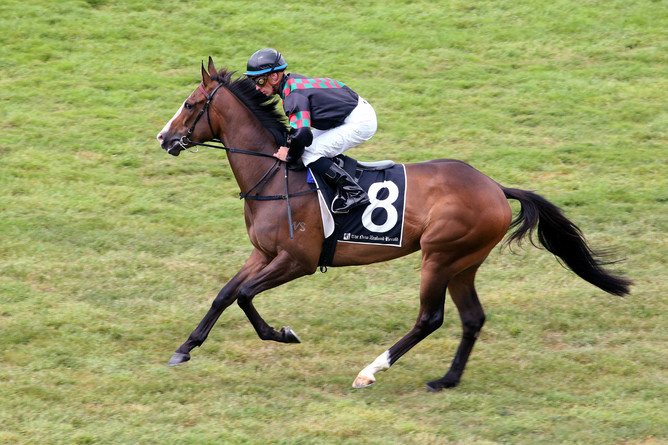 Tiptronic can be confidently marked down as a horse to follow after his first-up victory at Te Aroha this afternoon. At a distance short of his best, the WS home-bred showed his quality with success over 1400m in the hands of Leith Innes.
The four-year-old son of O’Reilly looked a quality prospect last term, during which he broke his maiden and two runs later finished runner-up in the Gr.2 Great Northern Guineas (1600m).
He is trained at Matamata by Graham Richardson and Gavin Parker, who have high hopes for the gelding. “You’ll see the best of him when he gets up a mile and a-half,” Richardson said.
He purchased Tiptronic out of WS’s 2015 Premier Sale line-up at Karaka for $100,000. Bred on a true blue WS cross being out of the Pins mare River Century, a sister to the dual Group One winner Legs.
Back to all news
SHARE
Recent News