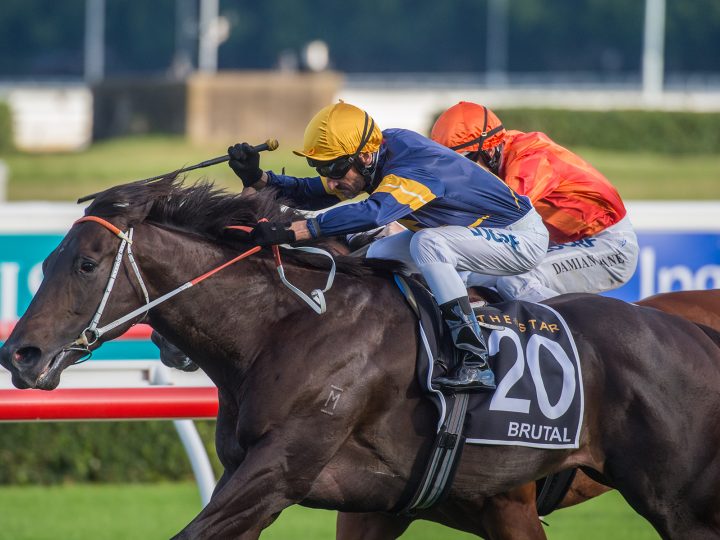 O’Reilly’s son Brutal has carried Glenn Boss to a seventh victory in the Gr.1 Doncaster Handicap at Randwick.

The three-year-old sat outside the leader to the turn and was too strong for his older rivals in the run home.

Trained by Team Hawkes, the colt has now won four of his seven starts.

“It’s very simple when you’ve got the vehicle – that was my easiest Doncaster win,” Boss said.

“He’s a very good horse, it was a soft victory. He’s so relaxed, he’s all quality.

“Obviously, I want to thank Team Hawkes and the owners. It’s quite surreal, it’s been a great race to me.”

Brutal was offered at Karaka by Mapperley Stud and was secured by Hawkes Racing for $220,000.
“It’s a team effort and we all know that,” Wayne Hawkes said.

“He’s been a rock star from the get go.”