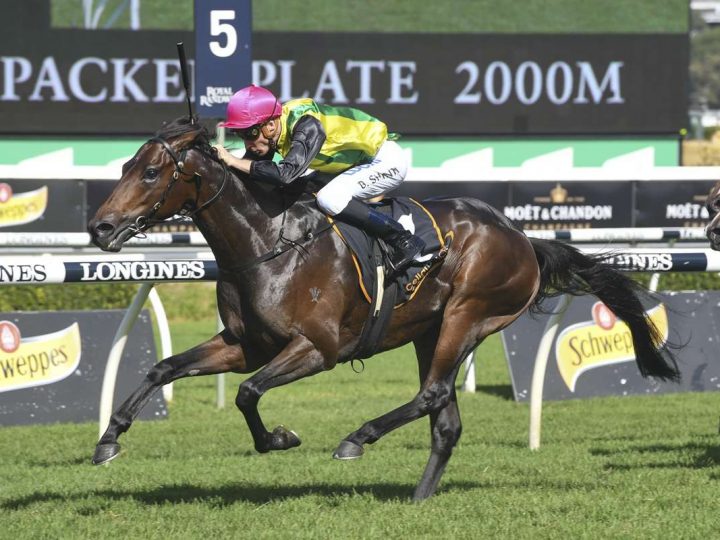 Leading New Zealand trainers Murray Baker and Andrew Forsman have gained a consolation win at the Sydney carnival with Savabeel’s talented son The Chosen One.

An unlucky fourth in the Gr. 1 Australian Derby, the three-year-old was a dominant winner of Saturday’s Gr.3 Frank Packer Plate.

Forsman said the team would not be tempted by the Brisbane winter carnival with the colt to be aimed at bigger races in the spring.

“He has been up a long time but he keeps improving,” Forsman said. “He’s a quality bred colt, just maturing at the right time. It was great to see him get his just desserts.

“Brisbane would be tempting, but hopefully he’s got bigger fish to fry in the spring. You can’t do it everywhere.

“We had two big runs in the Derby but hadn’t had a winner in the carnival, but they raced well enough so it was good to get the result.”

“It is a consolation for the Derby,” he said. “The Derby was a little bit frustrating. We were the victim of a wide barrier and had to take him back.

“I thought his run was arguably the best run in the race and he brought that form here.

“We made another searching run on him, but we were coming back 400 metres so I was mindful of that.

“He is a lovely horse and it is great to win for Murray Baker and Andrew. It is my first winner for them so hopefully, it is the start of a good association.”