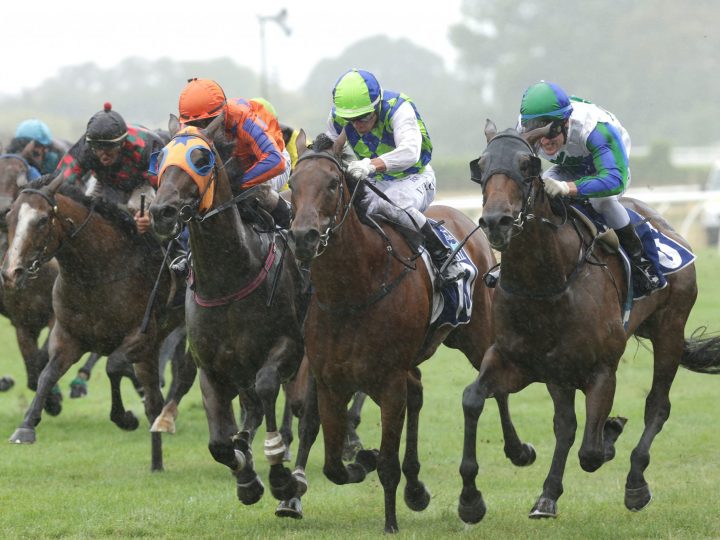 WS celebrated a New Year’s Day victory in the Gr.2 Rich Hill Mile (1600m) at Ellerslie, despite withdrawing the favourite. The Matamata farm scratched the exciting Love Affair from the New Year’s Day feature when the track was downgraded to a Slow 7, but Savabeel’s other daughter Coldplay handled the conditions to triumph.
“We weren’t prepared to risk the other mare, it’s a bit of a lottery out there so that performance was extremely brave,” Garry Chittick said. Coldplay did indeed do them proud after sitting on the outside of the leader and showing grim determination down the straight for the sixth win of her 18-start career. She is now likely to head to Trentham for the Gr.1 Thorndon Mile.
“She bounced out well and put herself in the race and just kept on giving,” rider Johnathan Parkes said. “We were lucky we had an outside draw and could keep out in the better footing.
Coldplay is raced by Chittick and Garry Wallace, who bred the mare, and she is out of the winning O’Reilly mare Forty Two Below. It is the family of the stakes winner and Group One performer The Big Chill.
A close relative of Coldplay will feature in WS’s Book 1 Sale draft at Karaka later this month. The Savabeel colt (Lot 108) is a brother to Savacool, a $220,000 purchase for Chris Waller in 2016 who won for the second time in her career at Randwick today.