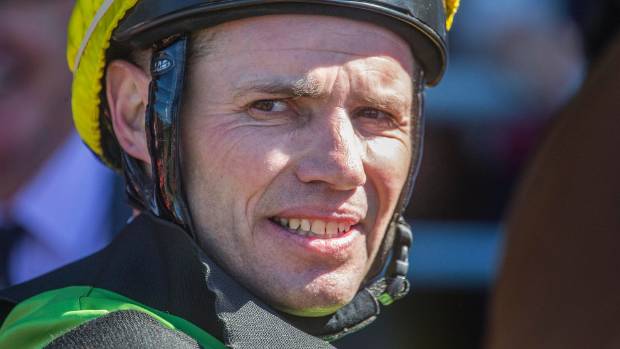 Michael Coleman
Loyalty to a Group One-winning mount won out as Matamata jockey Michael Coleman made the hardest decision of his season ahead of Saturday’s Gr.2 Essilor New Zealand Avondale Guineas at Ellerslie.
Coleman was faced with the choice between two talented three-year-olds for the Guineas – Gaultier and Sound Proposition, both of whom he had won aboard.
But while the Lance O’Sullivan and Andrew Scott-trained Savabeel gelding Sound Proposition had provided him with wins at his last two rides, Coleman plumped for the Danica Guy-trained Rios gelding Gaultier, on whom he had won last month’s Gr.1 Levin Classic at Trentham.
“It wasn’t easy,” Coleman said of his choice.
“Sound Proposition won pretty impressively at Auckland and he was getting better with each run but I just found it hard to get off a Group One winner and he had a few excuses at Te Rapa last time. In the end, it came down to winning a Group One race on Gaultier, so I’ve stuck with him.”
Gaultier had placed just once in his first four starts and was gelded before producing a remarkable form reversal to win the Levin Classic as a rank outsider with Coleman aboard.
He has had just one start since when finishing 11th of 14 in the Gr.2 Waikato Guineas at Te Rapa last month, when Coleman had no options but to tuck back from an outside draw in a race run to favour those on the pace.
“We just got too far back at Te Rapa and I made a mistake by going wide on the bend to make my run,” Coleman said.
“If I’d stayed in and ridden for luck, he probably would have finished about seventh and I would have been satisfied with that. Positions didn’t really change from the 600m mark to home and that just tells you about the tempo of the race.”
Coleman has ridden both Sound Proposition and Gaultier in work this week and said both were progressing well.
“Gaultier is a pretty lazy trackworker but he’s come through his racing well and I’m pretty happy with the way he’s going. He’s got a better draw this week and hopefully I’ll be able to ride him a bit closer,” Coleman said.
TAB bookmakers opened Gaultier at $18 for the Avondale Guineas, with Sound Proposition rated a $9 chance in a market headed by Volkstok’n’barrell at $2.80, Mongolian Khan at $4.60 and McQueen at $7.
Coleman has six rides at Ellerslie on Saturday, also picking up the ride on last year’s Wellington Cup winner Graphic for the Gr.2 Go Racing Syndications Avondale Gold Cup.
“He just seemed to battle a bit in the Wellington Cup last time but his previous form was good and I’m looking forward to riding him,” Coleman said. – NZ Racing Desk
Back to all news
SHARE
Recent News