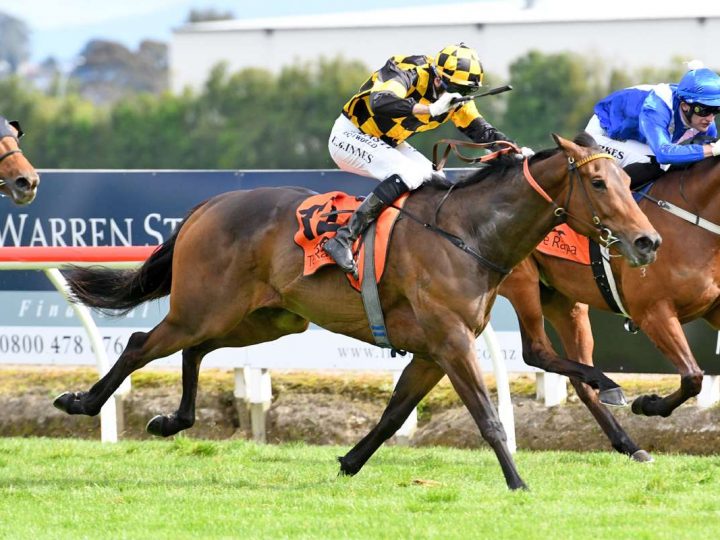 Save The Date
Lance Noble is taking an Australian gamble with his lightly-tried WS graduate Save The Date. The private trainer to the filly’s owners Brendan and Jo Lindsay is in Queensland with the Savabeel three-year-old, who will be on trial for higher honours when she runs at the Sunshine Coast on Sunday.
“We’re having a bit of a punt on her, she’s fit and well and so we decided to bring her over,” Noble said. “She’s travelled over here well and settled in nicely at Paul Jenkins’ place. She’ll run over 1400 metres and Leith Innes will ride her. If he goes really well then we’ll look at the Sunshine Coast Guineas for her.”
Save The Date placed at her first two starts before she won a maiden at Avondale and then finished a respectable seventh in the Gr.3 Eulogy Stakes. “She was going well before Christmas, but she jarred up at Awapuni and she had a break and when we brought her back she pulled a muscle,” Noble said. “When she was over that she went two very good races, but we were running out of good tracks at home. She’s still on the way up so we’re here to have a go.”
She finished runner-up at both Avondale and at Pukekohe Park at her last two appearances. “I’ve been happy with the way she looks and her work and I’ve always rated her,” Noble said. “The form around her is solid and she beat Charles Road in her maiden win and he’s gone on to win a Group race.”
Save The Date was purchased out of WS’s 2015 Premier Sale line-up by the Lindsays for $300,000. She is a daughter of the Danasinga mare More To Love, a half-sister to the farm’s Australasian and international Group One trailblazer Starcraft.