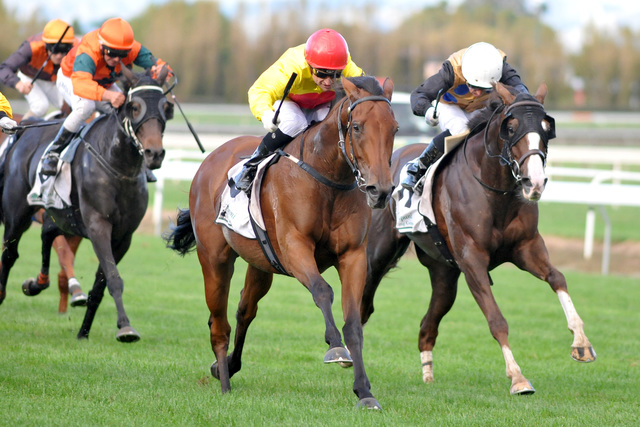 Pins mare Decorah was a brave and deserved winner of the Gr 3 City of Auckland Cup at Ellerslie on New Year’s Day. The six-year-old was in front at the top of the straight and she answered every call from Opie Bosson for the seventh win of her career.
Trained by Murray Baker and Andrew Forsman, she went into the feature staying event off the back of her third placing under 60kg in the Gr 3 Waikato Cup. “She had been working very well and she doesn’t mind a bit of rain,” Baker said. “I’ve got a lot of admiration for her – she’s only small, but she’s got a big heart.”
Decorah is nominated for the Gr 1 Auckland Cup, but Baker said the mare’s future may be determined by the handicapper. “She does go very well at Ellerslie and we’ll have to see what sort of weight she’ll get.”
Back to all news
SHARE
Recent News