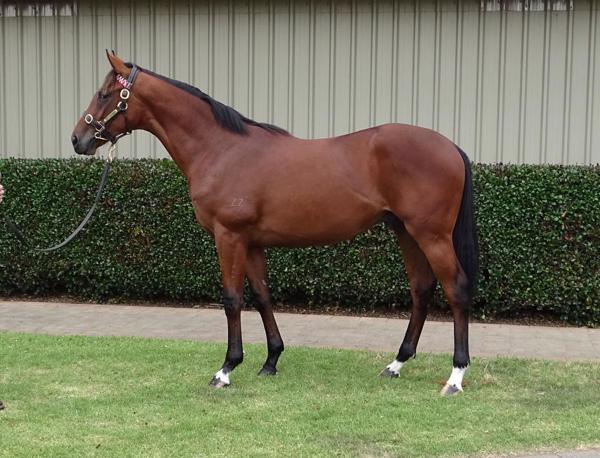 Tony Pike looked to have found the perfect race for Tutukaka at Eagle Farm this afternoon and the well-related son of Tavistock took full advantage of a gilt-edged opportunity to break his maiden in the Listed Tattersall’s Life Member S.

The Cambridge trainer was confident Tutukaka, who is raced by a syndicate that includes Waikato Stud, would relish the step up to 1800 metres and he did that in style to break through at his fourth appearance.

“I was going through the programme and saw it at the tail end of the carnival and a horse like him probably needed to have some practice and mileage into him if he is going to have a crack at a G1 VRC Derby in the spring,” Pike said.

“We can’t really do that in New Zealand at this time of year so the trip away really makes them grow up.”

The half-brother to 14-time Group 1 winner Melody Belle was travelling boldly outside the leader before the turn and took control soon after to put the race beyond doubt.  Rider Michael Cahill had an easy time of it in the straight to be out by 4l at the finish.

“He’s probably still six months away and the idea was to bring him here and get hi rating up to get him to the Derby in Melbourne,” said former Group 1-winning jockey Chris McNab, who has been looking after Tutukaka in Queensland.

“I said to Michael before the race to take any bad luck out of the equation. It was a good result and he’ll go back to Sydney and fly home on Tuesday week.”

The Marie Leicester-bred Tutukaka was secured by Pike out of Haunui Farm’s New Zealand Bloodstock National Yearling Sale draft for $250,000.

He was making his fourth appearances today after placing at his first two and then got home well for second in the Listed Phoenix S.

“It was a good effort last start. He got a bit lost on the corner and came a bit wide but closed off really strongly late,” Pike said. “He is definitely not the finished product. He is still very green and new.”