Doubles for trainers and stud 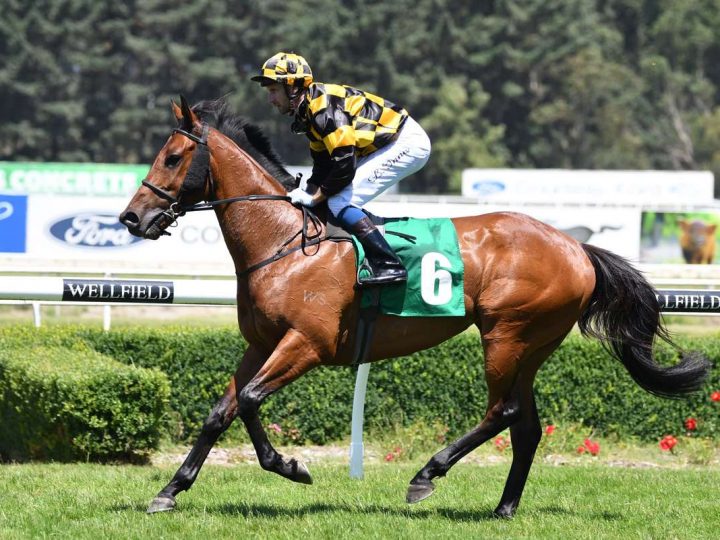 Roger James and Robert Wellwood had a pair of Waikato Stud graduates to thank for a winning double at Awapuni today.

The Cambridge training partners saddled Killarney and Hanger and both produced impressive displays.

The O’Reilly six-year-old Killarney has had his share of issues, but his talent can’t be questioned.

“He’s had a lot of soundness issues and it’s a big shout out to the staff who have spent a lot of time with him,” Wellwood said.

“Fingers crossed he comes through this well and then we might have a throw at the stumps and a decent race for him.”

Killarney is out of the Irish Colleen, who won seven races including the Gr.2 Concorde Handicap.

Hanger returned from a lengthy break in a blaze of glory and he’s another more than capable of potting bigger prizes.

“He hadn’t raced or had a trial since the Cambridge Breeders’ Stakes, he’s had a few niggles along the way,” Wellwood said.

Hanger is a son of the Savabeel mare Do Ra Mi, who won the Gr.2 Kewney Stakes and ran second in the Gr.3 Vanity Stakes.

She is a half-sister to the Gr.1 Australasian Oaks winner Marju Snip and the Listed Hong Kong winner Unique Jewellery.