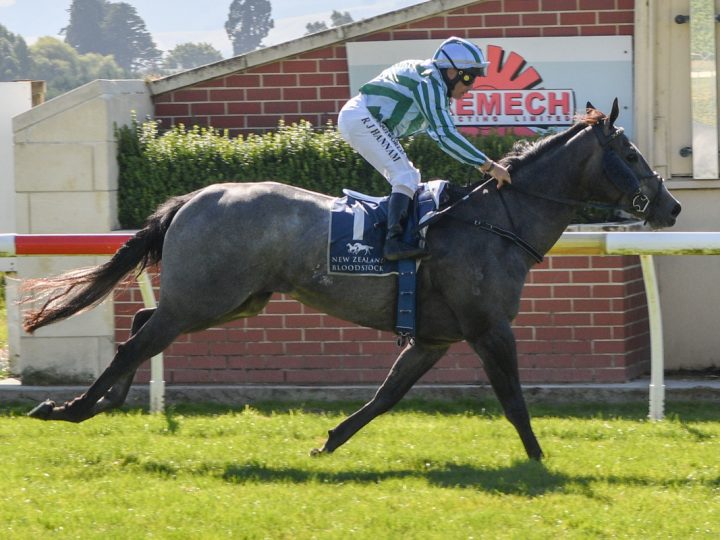 Ridden by Robert Hannam, the Central Districts rider took luck out of the equation, venturing straight to the front on Emily Margaret from barrier 14 and never looked like being beaten.

The Kevin and Pam Hughes-trained galloper scored by two-and-a-half lengths from Dreamtesta, with northern visitor Naval Fleet landing some black-type in finishing a long neck away in third.

“I was very, very pleased with her and Robbie did a great job,” Hughes said

“We thought we could just grind them all into the ground and that is what she did.

“She was very, very fit and was just too good on the day.”

Hughes said he was not sure what the strength of the Wellington Guineas field would be but he was keen to give his filly a chance at adding a Group Two to her record.

“She seems to have come through the race very well and we will have a look at the Wellington Guineas. The travel doesn’t seem to worry her,” Hughes said.

Emily Margaret has had an extensive three-year-old preparation, which started back in September with victory in the Listed Canterbury Belle Stakes (1200m), a leg of the NZB Southern Filly Of The Year Series.

Saturday’s contest was the second leg of the series, meaning the daughter of Pins has the maximum points, with the next leg being the Listed NZB Airfreight Stakes (1600m) at Riccarton on April 6.

“You might get away with a mile as a three-year-old. If she had someone like Robbie riding, she could steal a mile race, so we might do that third leg, we’ll just see what happens at Wellington.” – NZ Racing Desk