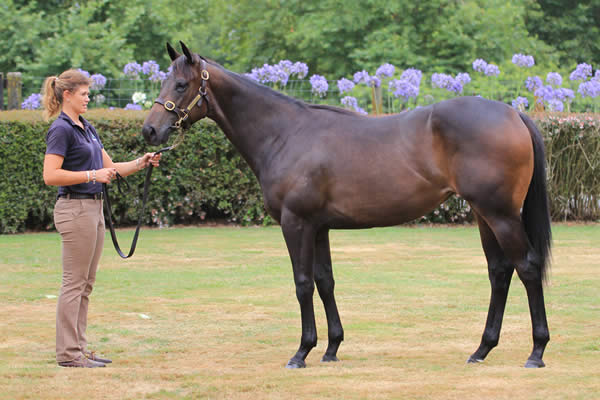 Just Fabulous as a yearling

Just Fabulous showed she was a mare to follow this preparation following her dynamic resuming victory at Awapuni on Saturday.

The Waikato Stud-bred and sold daughter of the late O’Reilly unwound powerfully to win the Redcraze Bowl in her first appearance for nine months for trainer Roydon Bergerson.

Just Fabulous had won twice previously and is a stakes performer having finished third in the G3 Eulogy Stakes as a 3-year-old.

Purchased at New Zealand Bloodstock’s National Yearling Sale by Bergerson for $26,000, she is a sister to the Listed Singapore New Year Cup winner Nowyousee.

She is also a half-sister to recent Randwick winner, dual black type placegetter Ice Bath, who was beaten by the barest of margins in Saturday’s AU$7.5 million Golden Eagle.

They are out of the Savabeel mare Fabulist, who won five races, and she is from the family of the G2 Wakefield Challenge Stakes winner Kapsdan and Listed Laurent Perrier Stakes winner Eccentricity. Her daughter Wyndam Glory was also twice successful at  black type level.