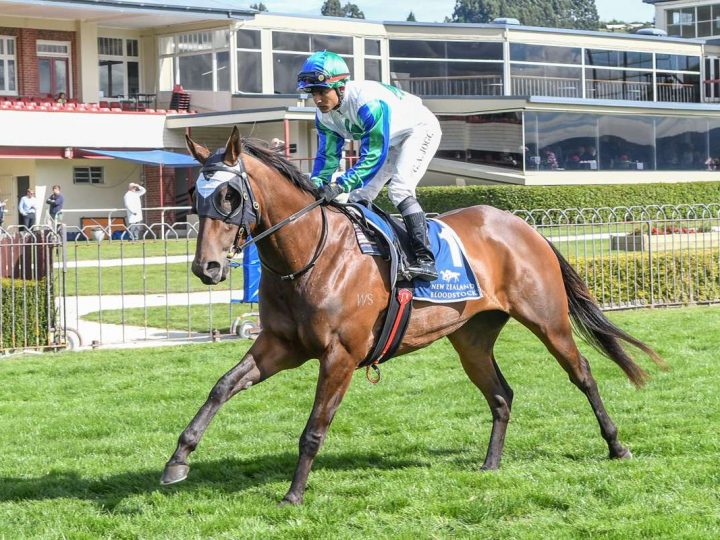 Residential
The domination of the South Island summer three-year-old features by the John & Karen Parsons-trained pair of Residential and Starvoia continued at Wingatui on Saturday when the duo combined to quinella the Listed NZB Insurance Stakes (1400m).
It was the third consecutive quinella in a stakes event by the pair with Residential proving dominant once again as she made it three wins in a row and five from an 11 start career to date.
The point of difference this time around was the manner of the victory with the Pins filly sweeping past Starvoia to secure the win after previously having dominated her stablemate from in front. Saturday’s circumstances were thrust upon Residential and regular partner Gosen Jogoo after the pair were tardily away and spotting tearaway leader Dontpokethetiger a dozen lengths mid-way through the contest.
Jogoo steadily improved his mount to be camped behind the leaders on the home bend and ready to pounce. Starvoia shot to the front with 200 metres to go and looked likely to gain revenge on Residential however she had to settle for the runner-up position once more as her stablemate dashed past her in the shadows of the post to claim the victory.
Co-trainer Karen Parsons admitted she thought Residential had blown her chances of victory once she was slowly away.
“I saw them jump and when she was slow I did think that’s it you won’t be winning from there,” she said.
“There is so little between them that when Starvoia had that advantage early in the race I thought she might hold the other filly out but to her credit Residential dug in and produced a very gutsy effort.
“She’s just learning all the time and has really come a long way in a short period.”
Back to all news
SHARE
Recent News