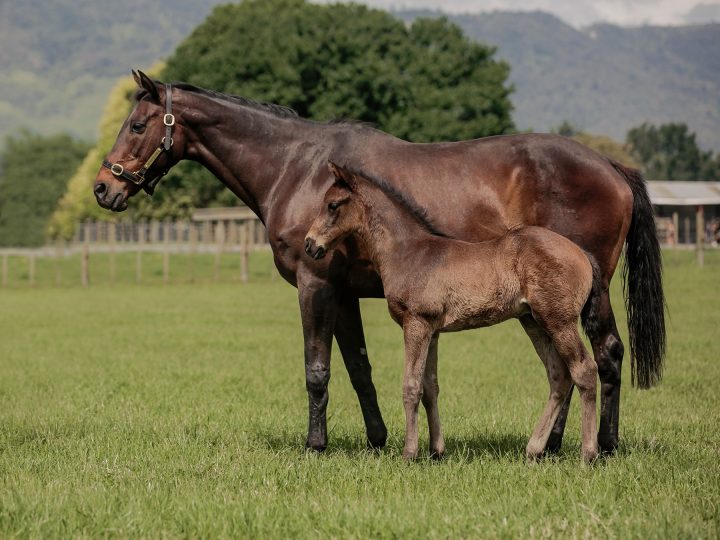 This week we introduce you to a half-brother to two-time Hong Kong Horse of the Year Ambitious Dragon.
On October 9 2018, Golden Gamble gave birth to a healthy brown colt by WS freshman sire Tivaci.

Bred by Pat Lowry, this colt’s dam Golden Gamble has enjoyed a stellar career at stud where she has produced multiple Group One-winning two-time Hong Kong Horse of the Year Ambitious Dragon (by Pins), as well as Group placed galloper Packing Dragon.

Golden Gamble’s progeny have been highly sought after by Hong Kong and Singapore connections and six of her seven foals to the races have been winners.

This foal’s big brother Ambitious Dragon was retired in 2015 and shortly after, returned to his birthplace in Hawke’s Bay where he is enjoying a much-deserved retirement.