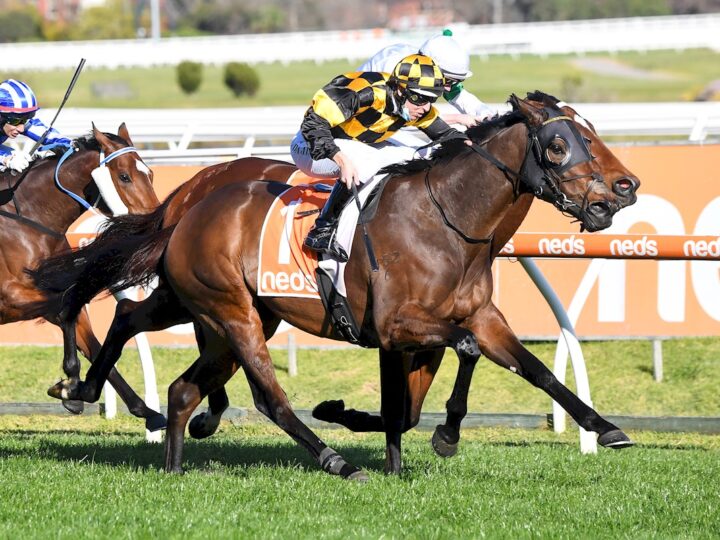 Seven days ago, Waikato Stud had cheered home an Australian Savabeel double with his outstanding son Mo’unga landing the G1 Winx S., and his second at the elite level, and daughter Atishu later made an impact with her victory on the Randwick undercard.

Savabeel’s associate sire Tivaci has also been making waves and during the week his son Celevacci, who was also bred by the Matamata farm, remained undefeated in two appearances for part-owner and trainer Adam Durrant when he scored at Belmont.

Probabeel was produced in fine fettle today by trainer Jamie Richards and, after sitting wide from the outside gate, finished relentlessly to set up another lucrative spring campaign.

“There’s nice improvement there and bigger and better things to come,” said Richards’ long-time friend Brad Taylor, Racing Manager for Anthony and Sam Freedman. “I spoke to Jamie this morning and he said she will run next in the G1 Sir Rupert Clarke.”

The G1 Toorak Handicap is likely on her program with either the G1 Empire Rose Stakes at Flemington or the G1 Cox Plate at Moonee Valley her grand final.

“She was off speed a bit and then had to sprint hard and peaked on her run late. She has come back in terrific order.”

Probabeel was offered at Karaka in 2018 and was purchased by Te Akau chief David Ellis with Cambridge Stud’s Brendan and Jo Lindsay subsequently assuming ownership.

She is a daughter of Far Fetched, a Pins mare who won on three occasions and was Group 3-placed in the Lowland Stakes.

It is most notably the family of the dual Group 1 winner Savvy Coup and Tootsie, who produced the three-time Group 2 winner Ocean Emperor.