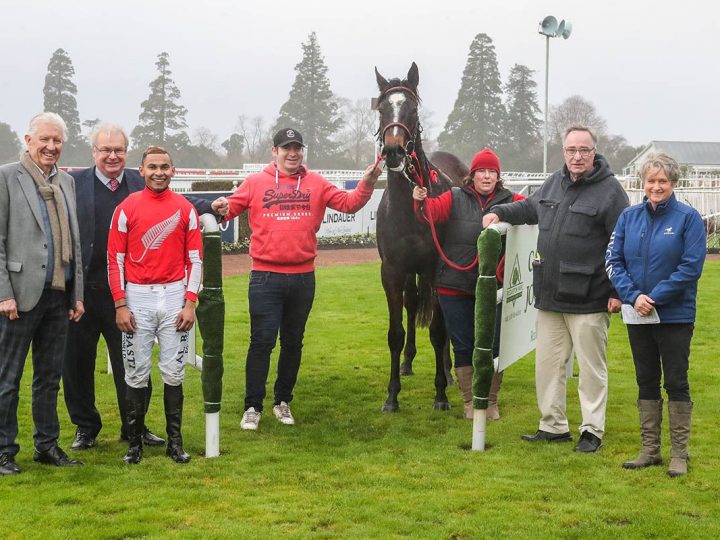 Impecunious returned to racing in electric fashion at Riccarton where she posted a runaway success in her first appearance since January.

Produced in forward condition by Michael and Matthew Pitman, the 2-year-old daughter of Sacred Falls was green in the straight but still surged clear to beat her older rivals by a wide margin.

“She is one of the most promising horses we have had for quite some time,” Michael Pitman said.

Co-bred and sold for $140,000 at Karaka by Waikato Stud, Impecunious had finished third on debut and her performance this afternoon showed she is a filly to follow in the coming months.

She is out of the stakes-placed Zabeel mare Sheezababe, who is a daughter of the G1 Sydney Cup winner Honor Babe.

It is also the family of the G3 Great Northern Challenge S. winner Kiwi Golfer, who also placed twice at Group 1 level.