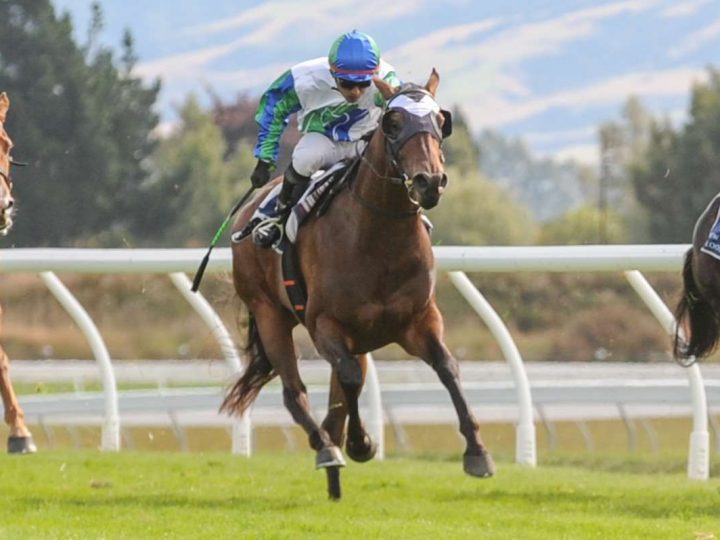 Residential
Residential crowned a big week for Waikato Stud when she trumped her stablemate in the Listed Dunedin Guineas at Wingatui. The daughter of Pins narrowly got the better of Starvoia in Saturday’s Living Corporation-sponsored three-year-old feature under apprentice Gosen Jogoo, who sported the familiar monogrammed silks of the Matamata nursery.
Mark Chittick’s operation enjoyed a hectic, but hugely successful, week at Karaka where they maintained their standing as the leading vendor by aggregate for the fourth year running with 45 horses sold for an aggregate of $8,415,000. “The main thing for us is to sell as many as we can because we own the majority of them outright,” Chittick said.
Their top lot was the daughter of Savabeel and Daffodil, which went to the $600,000 bid of Michael Wallace on behalf of the China Horse Club. Also the third leading vendor at the Select Sale, Waikato Stud bred Residential who is by resident stallion Pins out of the Elusive City mare Metropolitan. She won three races, including the Listed Canterbury Belle Stakes and finished runner-up in the Dunedin Guineas of 2009.
In this year’s edition, Residential settled behind the pace on the fence and, once angled into the clear by Jogoo, she rounded off strongly to down Starvoia by a nose. “This is very special, she was always travelling well but I thought Starvoia had got it,” he said. “My thanks go to John and Karen Parsons and all the staff who look after the filly.”
Karen Parsons said Residential had been undone by a wet track last time out in the Listed Gore Guineas. “She’s a really capable filly and she’s improved a heap.”
Back to all news
SHARE
Recent News