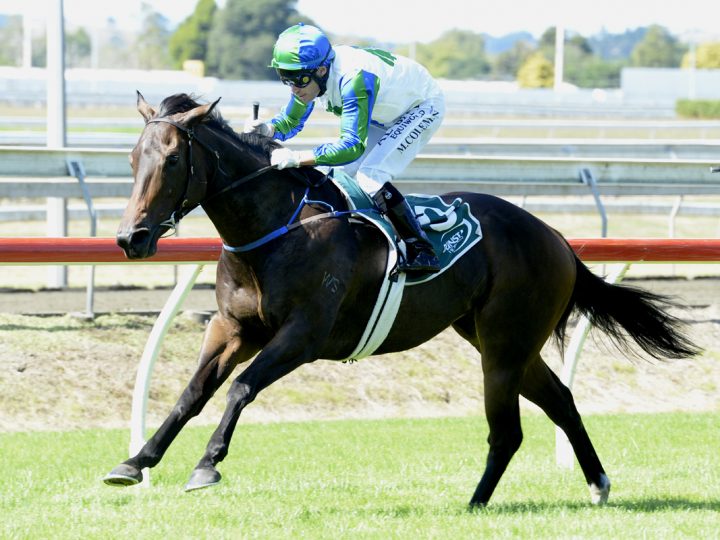 Waikato Stud’s colours were to the fore at Pukekohe this afternoon with a richly-bred filly posting a stylish win.

Donna Imelda raced three back on the fence and rider Michael Coleman was desperately looking for an out in the straight.

It came 300 metres from home and the three-year-old lengthened stride for a decisive victory.

She is trained by Ken and Bev Kelso and Mark Donoghue and placed in one of her two spring outings before she was set aside.

Donna Imelda is by O’Reilly out of the Listed Oaklands Plate winner Donna Cattiva.

She is a sister to the Gr.1 Manawatu Sires’ Produce Stakes winner Il Quello Veloce.

It is also the family of the top-flight winners Tiger Tees, Terravista and the Karaka Million 3YO Classic winner Long Leaf.