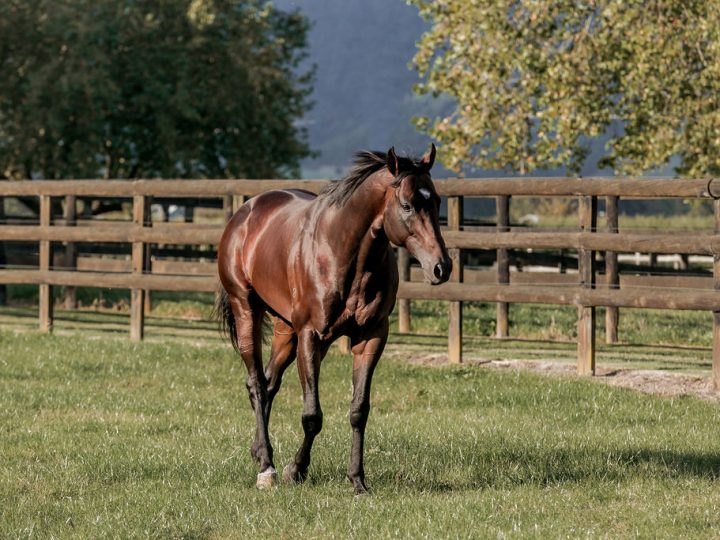 The first foal of the young Waikato Stud stallion Ardrossan has arrived.

A colt by the son of Redoute’s Choice was welcomed at Gus Wigley’s Inglewood Stud and is out of the O’Reilly mare Band, who is from the family of Group 1 winners Irish Fling and Final Destination.

“Ardrossan is a horse that for a lot of reasons we hold in very high regard. He’s got a beautiful pedigree by a champion sire and unfortunately due to injury we never saw the best of him,” Waikato Stud principal Mark Chittick said.

Ardossan won four of his nine starts, including victory in the G3 Concorde Handicap and finished third in the G3 Star Kingdom Stakes.

“He had a great turn of foot and pushed two of the best in The Bostonian and Melody Belle right to the line when he was third in the G1 Waikato Sprint,” Chittick said. “If he can leave a line of horses that look like himself it would certainly take him to another level.” 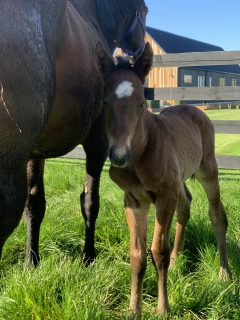 Wigley said the Ardrossan colt was an outstanding example of a first foal.

“He’s a really good sort with a nice head. He’s a well put together foal and was five or six days early, but everything went well and he’s ripping around the paddock and looking a $1 million,” Wigley said.