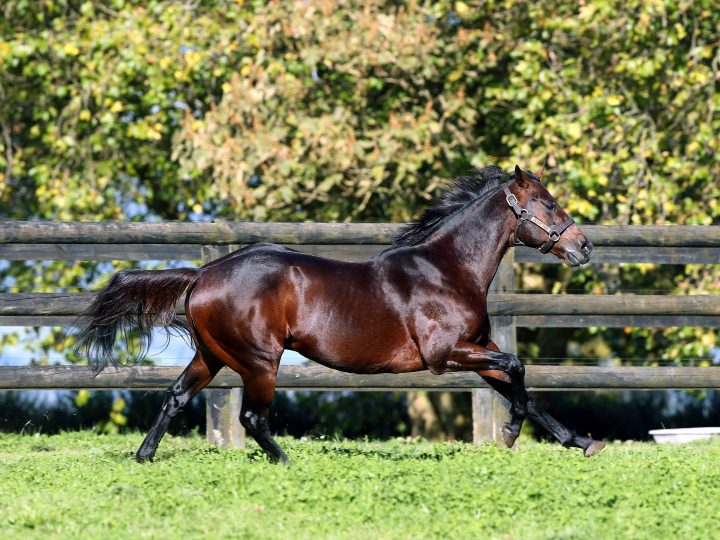 Quality filly Ocean Jewel became the first stakes winner for WS stallion Ocean Park when taking out the Listed Placid Ark Stakes (1200m) at Ascot on Saturday.
The Simon Miller-trained three-year-old enjoyed a good run under Josh Parr and shot clear at the top of the straight, staving off the fast-finishing former New Zealand-trained galloper Truly Belong, which finished half a length behind in second.
“Her pedigree is enormous and with black-type now, the world’s her oyster,” an emotional Simon Miller said. “She’s worth a fortune.”
Miller had sent the talented filly for a short stint on the beach in the wake of two flat runs and the change of scenery worked the oracle.
“She came back in terrific order and pre-race she was off her head, which is always a good sign for her.
“Just in running I knew we were on. If you could bet in running, I would have put my house on it because I was so confident.”
Visiting New South Wales rider Josh Parr was delighted to ride a winner in Perth and was impressed with the performance.
“Her turn of foot was exceptional off a steady speed,” Parr said.
“I put her into the race maybe fifty or eighty metres earlier than I would have liked but that was due to the speed of the race and the feel she had given me.
“She may have switched off for the last fifty metres but it was never in doubt.”
An $80,000 weanling purchase, Ocean Jewel is out of the stakes-placed mare Markisa, a three-quarter sister to Danewin, Commands and Court of Jewels, and from the famed Eight Carat family.
Ocean Park has now sired 10 individual winners which between them have won 16 races in three different countries – Australia (8), New Zealand (1) and Singapore (1).