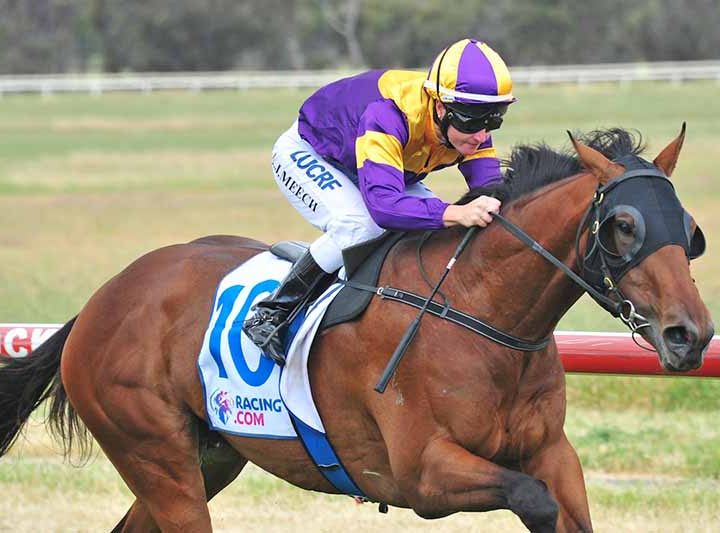 It could be a continual run of firsts for Ocean’s Fourteen on Saturday when he lines up in the Gr.1 VRC Derby (2500m).
The Aaron Purcell-trained runner was his sire Ocean Park’s first-born foal and he could give him his first Group One winner at Flemington on Saturday.
Purcell is confident the lightly raced colt will be a big player in the Derby after his last start runner-up performance in the Listed Geelong Classic (2200m) last week.
“He made huge improvement from his maiden win to his stakes placing at Geelong,” he said.
“He hit the line really strongly, suggesting the further distance of the Derby will suit him and he’s trained on terrifically.
“He’s definitely heading the right way and I’m sure he is going to run a big race on Saturday.”
Bred and part-owned by Trelawney Stud’s Brent and Cherry Taylor, they could be in a rare position on Saturday if their charge were to win.
“I bred the dam Ruud van Slaats and the sire Ocean Park and I have still got a small share in the horse as well,” Brent Taylor said. “So we will be there to see him on Saturday.”
He was purchased by his former trainer Ciaron Maher for $325,000 at last year’s New Zealand Bloodstock Premier Yearling Sale after impressing both Maher and his good friend and fellow trainer Purcell on a visit to Trelawney Stud in 2015.
With Maher currently serving a six-month suspension from training, Purcell has taken over the stable in a caretaker role.
“Aaron and Ciaron came out and stayed with us after the Ready to Run sale,” Brent Taylor said. “They then went on a trainers’ tour around some of the studs in New Zealand and saw him among a number of horses and obviously came back in January where Ciaron bought him.”
The Taylor’s stayed in the ownership after the sale and have been rewarded with a start in the Derby on Saturday.
“I don’t normally like staying in colts,” Taylor said. “But he was one that was an outstanding type, he had a fantastic nature and the fact that I had raced the mare and bred the stallion and wanted to support him.
“Ciaron invited me to stay in the horse and Cherry and I thought it was a good idea at the time, so whether it turns out to be on Saturday we will find out.”