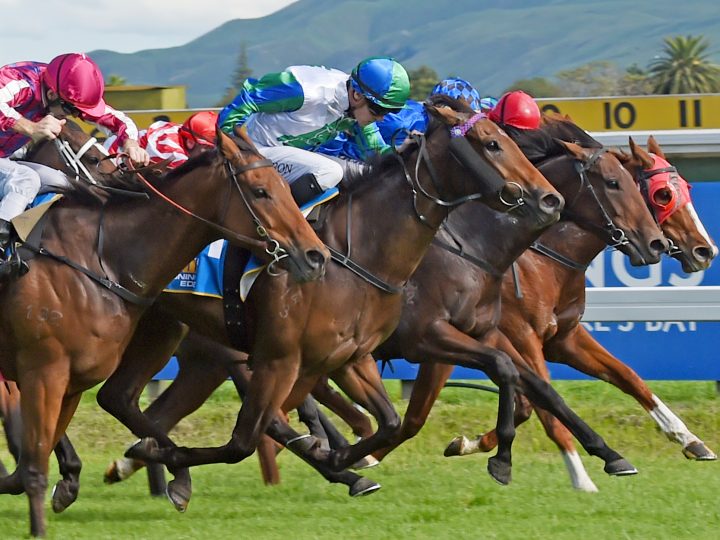 Outstanding debutante Flamingo might be in line for an early opportunity to add black type to her record. The well-named Pins three-year-old – she is a daughter of the stakes winner Bird – is in contention for a start in the Gr.3 Inglis Sales Cambridge Breeders’ Stakes at Te Rapa later this month if the filly races up to expectations at Hastings on Saturday.
Untested to win at Tauherenikau last month, the Mark Chittick-bred and raced Flamingo will again take on the older horses in the New Zealand Bloodstock National Weanling, Broodmare & Mixed Bloodstock Sale 8-9 May Handicap. “She was pretty impressive in her first start. We hadn’t asked much of her in her three trials, we knew how good she was from her work,” said Emma Haworth, who prepares the Waikato Stud-bred and owned Flamingo with her father David. “She might not have beaten a lot, but she just cantered past them. We’re looking forward to Saturday and then maybe Te Rapa.”
Flamingo’s dam Bird, a daughter of Danasinga who won the Listed Warstep Stakes, is a half-sister to the Listed winner Happy Gilmour. It is also the family of the Group One performer’s Seraphic, Chintz and Irlanda.
Back to all news
SHARE
Recent News