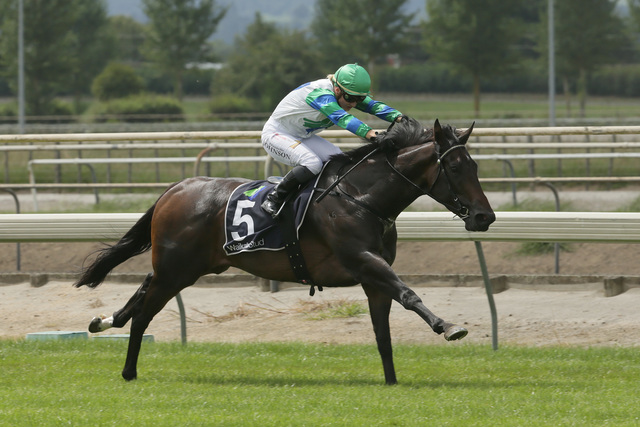 The WS roll continued at their home meeting on Saturday with the beautifully-bred Mary Quant winning the opener at Matamata. Fresh from their success claiming top honours as leading Premier Sale vendor by aggregate for the third consecutive year at Karaka, the farm’s colours were carried to victory by the O’Reilly mare in the Rating 65 mile.
She jumped well from a wide gate to make the running and dashed clear to score with ease. “When she’s out in the open she can roll along and quicken when she wants to,” co-trainer Andrew Scott said. “She’s a good mare and I’m sure she’ll crack on ow. We’ll get her through the grades and we might look for a black type race toward the back end of her campaign.”
Successful rider Danielle Johnson has predicted a bright future for the daughter of the multiple Group One winner Legs. “She’s a really nice mare and she’ll pick up a good race,” she said.
Home-bred Sewreel’s victory in the three-year-old event didn’t escape TAB bookmakers The Savabeel filly second victory from five appearances saw her Gr 1 New Zealand Oaks odds cut from $311 to $21.
Sewreel was purchased by co-trainer Murray Baker out of WS’s 2014 Select Sale line-up for $42,000. She is out of a half-sister by Pins to the Gr 1 Queensland Derby winner Lachlan River.
Back to all news
SHARE
Recent News