Grand day out for Ocean Park 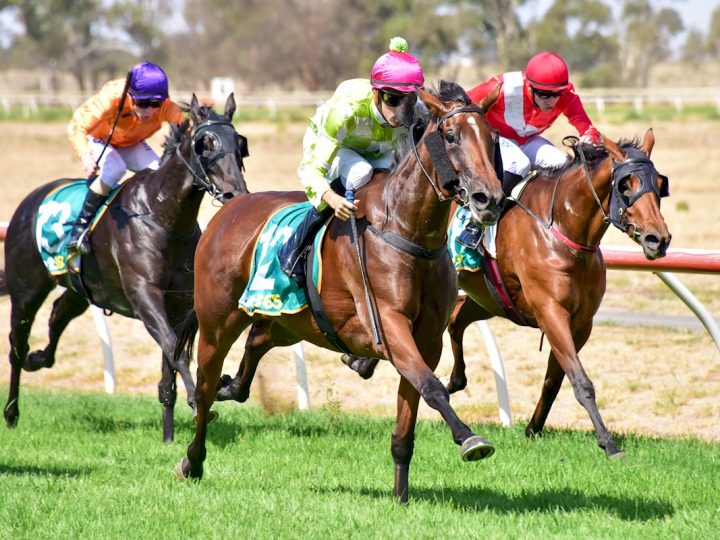 Accordingly became the 80th individual winner for her sire Ocean Park at Donald where the stallion enjoyed a double strike.

The 3-year-old was in the money at her first two appearances before she triumphed in style over a mile.

Trained by Nigel Blackiston at Ballarat, Accordingly is out of the Golan mare L’Accord.

The dam is a half-sister to the Gr.1 New Zealand 1000 Guineas and Gr.2 Surround Stakes winner Ad Alta.

L’Accord is also a sibling to the dam of the Gr.2 Empire Rose Stakes and Group One placegetter Zanna.

Prepared by Mick Price, the four-year-old came off a month’s break to score over 2000 metres and her second career victory.

A $58,000 weanling buy at Karaka for United Syndications, she is a daughter of Miss Jaydeejay – also by Golan.

Miss Jaydeejay is a sister to the Gr.1 VRC Derby winner Kibbutz.