Group 1 hope has history on his side 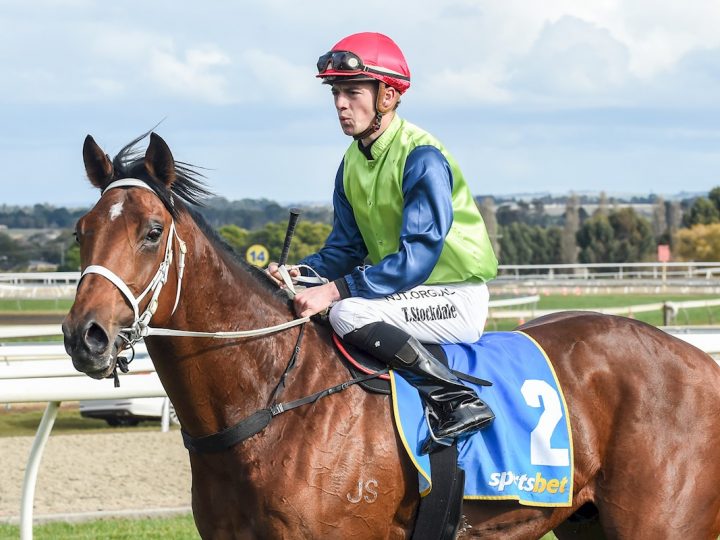 Trent Busuttin and Natalie Young are plotting a Group 1 path this season with a colt from a well-performed family with one member etched into G1 Melbourne Cup folklore.

The Cranbourne trainers have high hopes for Savabeel’s son Albarado, who impressed in a brief juvenile preparation and is set to open his 3-year-old season in the Listed McKenzie S. at The Valley on Saturday.

The colt was a debut winner at Ballarat and in his only other appearance he came from well off the pace to finish runner-up to Cherry Tortoni, who subsequently added the Listed Taj Rossi Series Final to his unbeaten record, at Flemington.

The longer-term aim for Albarado is the G1 VRC Derby and, if conditions allow, he will travel to Sydney for lead-up racing and a program the stable successfully employed with its 2011 Victorian Classic winner Sangster, also by Savabeel.

“Albarado is a colt with plenty of upside and a great nature. Ideally, we would like to get him to the G3 Gloaming S. and the G1 Spring Champion S.,” Young said.

“It’s a nice path and it’s the one Sangster took when he won the Derby. This horse gallops well the Sydney way around and we’ll get the first couple of runs into him here first.”

Albarado boasts a staying pedigree and is from a family that includes Wotan, who earned his place in Melbourne Cup history when he was a shock winner of the 1936 edition at Felmington.

After finishing second last in his lead-up in the G1 Cox Plate, Wotan was a 100-1 outsider in the Cup with some bookmakers offering double that price on the day. His owners, the Smith brothers of Wanganui, took as much as they could get and were handsomely rewarded, reputedly a fortune by today’s standards.

Fast forward to today and Albarado was bred by Peter Smith, whose father Bill and uncles Bob and Pat raced Wotan.

“They all liked to have a bet and did very well indeed. They didn’t collect on the day or they would have been robbed so they did it later,” Peter Smith said.

“All the horses we breed are from the family and it goes right back to Left, who was the mother of Wotan. It’s provided us with a lot of good memories and we would love some more.”

Albarado was offered on their behalf by Rich Hill Stud at the New Zealand Bloodstock National Yearling Sale where he was snapped up by Busuttin Racing for $140,000.

He is the first live foal of the former quality O’Reilly race mare O’Fille, who won at Group 3 level in the Trentham S. and the Cuddle S. and was runner-up in the G1 Zabeel Classic.

A half-brother by Shocking to Albarado was sold by Rich Hill to Hawkes Racing earlier this year for $200,000.

“Albarado didn’t make as much as we thought, it cost NZ$100,000 to breed him, but that’s the way it goes sometimes. O’Fille is going back to Savabeel this year and she will be foaling to Iffraaj,” Smith said.

“We did have her booked into Tavistock, but when he unfortunately died we had to transfer her to Iffraaj.”

The Smith’s enduring family may well provide them with future feature races to celebrate as Young said Albarado had the perfect temperament to progress to the highest level.

“He’s unbelievable really. You can work him with a filly and he doesn’t bat an eye. He’s a beautiful, big horse, but when we brought him in for his first preparation he hadn’t filled out at all.

“When he came in the second time we had to check that we had the right horse, he had grown a hand and a-half and completely changed.”