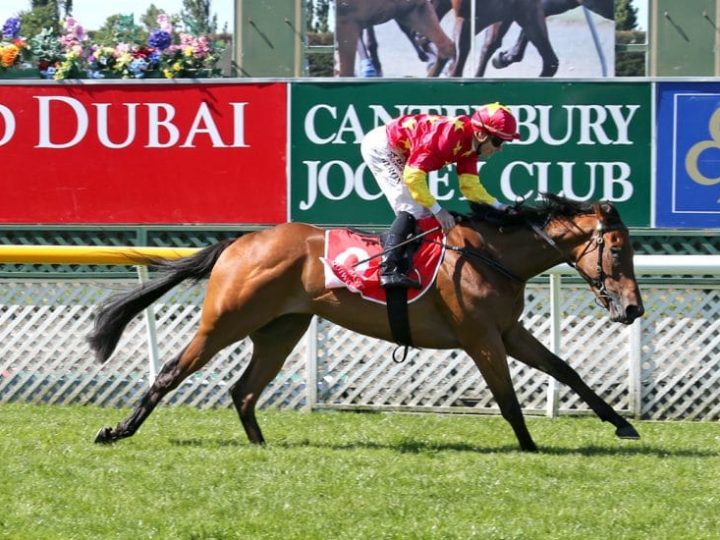 The Murray Baker and Andrew Forsman-trained Waikato Stud graduate was a hollow winner of today’s classic at Riccarton.

“I guess there was a query on the track, which was a little bit niggly,” Forman said.

“I think the horse to beat, Dawn Patrol, had to make his run on the inside which helped us a lot as Matt got a beautiful run just off the fence.

“This was our number one target as we had labelled him a Guineas horse after he won his two-year-old race last season. Everything has gone right, thankfully.”

Madison County was bought out of the Matamata farm’s draft at Karaka for $38,000 by Michael Wallace for the China Horse Club.

“It’s great for New Zealand racing to have them involved in the New Zealand thoroughbred industry,” Forsman said.

“To get a result like this is hopefully going to produce future investment from them.”

For rider Matt Cameron, it was a clear vindication of his decision to stick with Madison County.

“I’ve had a few practice runs and finally got the right one,” he said.

“That’s no disrespect to The Chosen One, as he is a beautiful colt, but maybe it’s just a little before his time.

“Madison County just proved he is the best three-year-old around.

“They went quick down the back, then slowed up and were all bunched up. I opted to come off into a bit better ground as I know he has an electric turn of foot and a few of them were stopping.

“He got through and was very dominant.”

Madison County is a son of the late Pins out of Red Delicious, who is a sister to the Gr.3 CS Hayes Stakes winner Take The Rap, who is a daughter of former stud resident No Excuse Needed.

They are direct descendants of the Gr.1 Golden Slipper Stakes winner Courtza, the dam of the late, great O’Reilly.