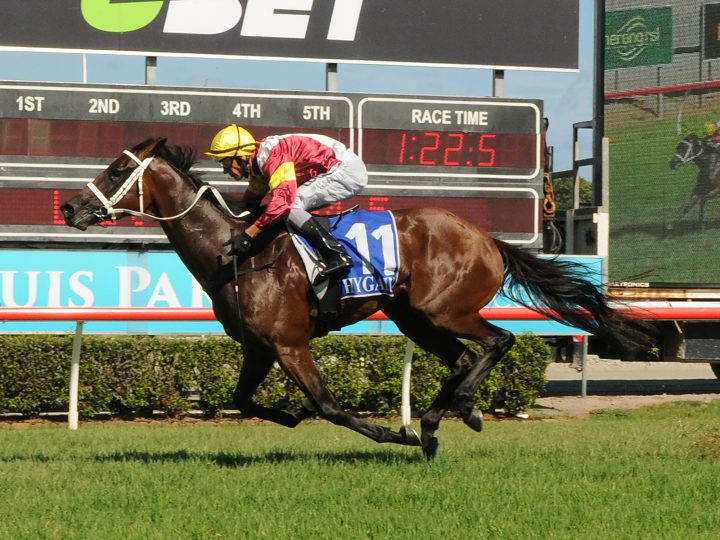 Gifted filly Another Dollar is on target to give her exciting young Waikato Stud-based sire Ocean Park his first Group One winner.

The Chris Waller-trained three-year-old is in a rich vein of form that has elevated her to second favourite for next month’s Queensland Oaks.

Another Dollar has won two of her six outings and was a strong last start second in the Gr.2 The Roses at Doomben.

From an outside gate, she was forced to cover extra ground and still finished resolutely behind stablemate
Youngstar.

“It was an enormous effort and her run was almost as good as the winner,” stable representative Charlie
Duckworth said.

“She’s just a filly that has had no luck throughout her career so far.”

The three-year-old is out of the Pins mare Make A Wish, a half-sister to the Group Three winner and Group One
performer Strike The Stars (Savabeel).

Bred and sold by Waikato Stud, Another Dollar was a $190,000 purchase by trainer Chris Waller from Waikato Stud’s Inglis Easter yearling draft in 2016.

Another Dollar is the sixth individual stakes performer for Ocean Park.