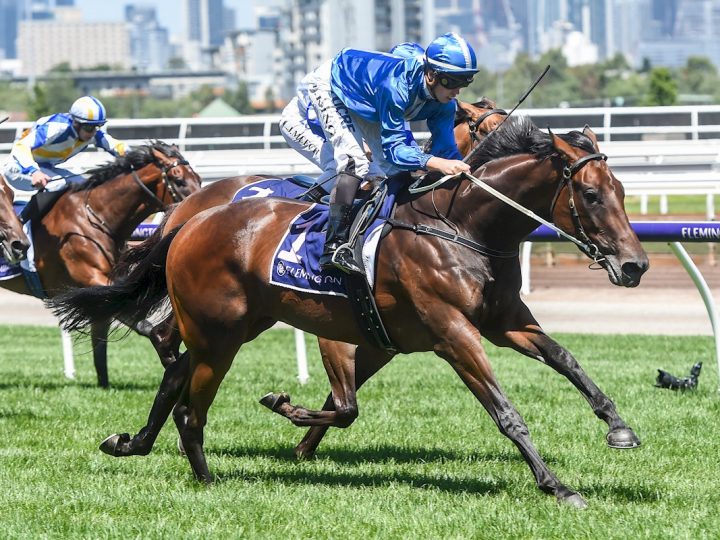 Ocean Park mare Oceanex will head to Sydney to open her autumn campaign, which revolves around Group One targets to compliment her record.

She won the Gr.2 Matriarch Stakes in the spring and Victorian trainers Mick Price and Michael Kent Jnr are hoping she can go one getter.

“We’ve got a plan mapped out for her. On March 14 she heads to Rosehill for the Gr.1 Coolmore Classic over 1500 metres and then probably two weeks later to the Emancipation S., a Group Two over 1500 metres,” Kent said.

“After that another two weeks later at Randwick is the Gr.1 Coolmore Legacy at a mile or the Gr.1 Queen Elizabeth S. over 2000 metres, we’ll see what happens closer to the time about that.”

A trip to the Queensland winter carnival is pencilled in for Oceanex, who has won four of her 14 starts.

“A race like the Gr.1 Doomben Cup could be a really nice end goal for her,” Kent said.

“She’s a Group Two winner and we want to keep building her page and enhance it with possibly a Group One win or placing.”

“The Doomben Cup looks a lovely target race for her, especially over 2000 metres and she can be very competitive.

“She’s really come on and the Ocean Parks get better with time. He had a big spring with Oceanex, Kolding and Tofane and they’re all 4-year-olds.

“Our mare will get better each preparation so we’re rapt with her. She’s come up really with this time in.”