Group One winner in waiting 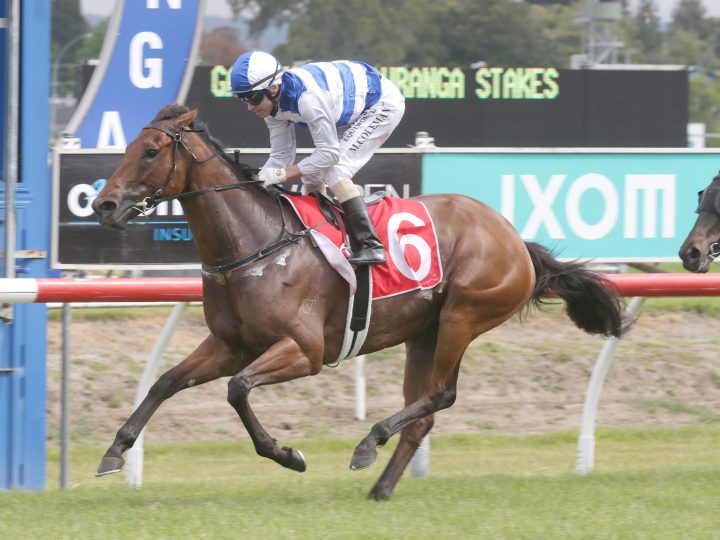 It’s surely only a matter of time before Savabeel’s daughter Supera breaks through at the highest level.

The Sir Peter Vela-bred and raced mare was narrowly denied when a close second in last season’s Gr.1 New Zealand Thoroughbred Breeders’ Stakes and she’s already showed this term that she’s in the right order to go one better.

Supera overcame a torrid run with ease to dominate her rivals in the closing stages of Saturday’s Gr.2 Gartshore Tauranga Stakes.

“She sat three-wide the trip with no cover and was dominant in the end,” co-trainer Ken Kelso said. “She has got a hell of a lot of ability.

“She’s got a lot of improvement in her as her temperament is getting better so it should be onwards and upwards from here.”

Kelso is confident his charge has what it takes to snare a Group One victory this preparation as he plots a path for her over the coming weeks.

“All going well we will go to the Captain Cook at Trentham and then get up over ground,” he said. “We’ll then go to Ellerslie for the Zabeel Classic.

“She’s definitely stronger as when you look at her, she has really developed into a lovely mare. She’s not easy but you put up with them when they’re like this.”

Supera is out of Van Nistelrooy mare Sopra Tutto and is a grand-daughter of Vela’s multiple Group One winner Ethereal , who completed the Caulfield Cup-Melbourne Cup double in 2001.