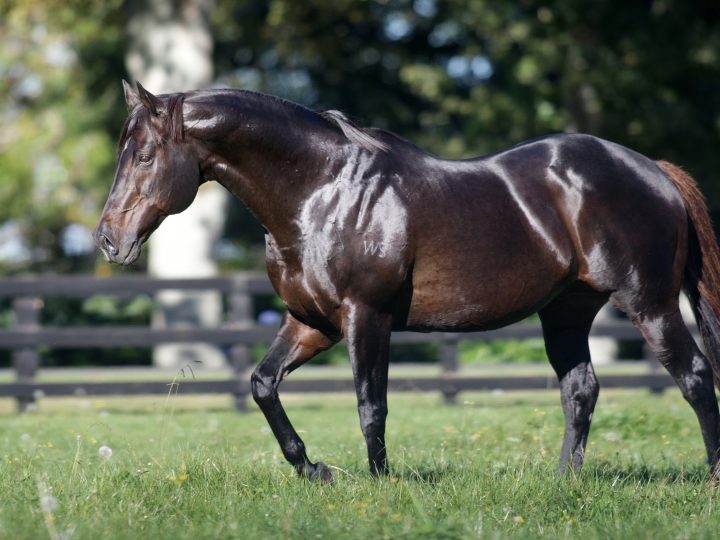 The success of first season sire Sacred Falls at last week’s National Yearling Sale was a timely reminder of the wide reach of champion stallion O’Reilly.

That influence is no better illustrated at Waikato Stud, where both O’Reilly and his son Sacred Falls were bred and reared. And with what could only be described as exquisite timing, O’Reilly’s achievements as a racehorse and sire will be honoured tomorrow night when he is inducted to the New Zealand Racing Hall of Fame, joining fellow stallion greats Foxbridge, Sir Tristram and Zabeel.

After an all too brief racing career in which he won four of his six starts and claimed Horse of the Year honours in 1997, O’Reilly was retired to Waikato Stud and became a multiple champion sire. Sacred Falls was one of 16 Group One winners sired by O’Reilly and as his standout entire son with four Group One wins, he was O’Reilly’s logical heir back where it all began.

Sacred Falls’ first crop of yearlings went before buyers at Karaka last week and met the outstanding demand to put him at the top of the first season sires’ table. In the final analysis, his 46 individual lots aggregated $5,239,000 at an average price of $113,891 and a top price of $300,000, exactly 10 times his service fee.

The full circle won’t be completed until these and other first crop members are tested on the racetrack, but the future bodes well for this O’Reilly look-alike.

“His sale results were really satisfying after we had put so much faith in him to step into O’Reilly’s shoes,” says Waikato Stud principal Mark Chittick. “They’re great types with fantastic temperaments and pretty much sold themselves at Karaka; we just left it to the good judges and now we look forward to the next stage.

“The way the Sacred Falls have sold is just another reminder of how much O’Reilly means to us. His is a great story right back to the start when Garry and Mary bought the stud and now to see his influence still so obvious in what we are, that’s huge.

“Being our own stallion, O’Reilly provided the means to grow the operation by investing heavily in land as well as what we believed to be the best stallions we could invest in – Savabeel, Ocean Park, Sacred Falls and Tivaci. Each of those horses represented a huge commitment and we could not have done it without the success that O’Reilly brought to the farm.

“Being inducted into the Hall of Fame is recognition by the whole industry of what a great horse O’Reilly was and it’s definitely something that we can be proud of at Waikato.”

O’Reilly was a Super Star Racehorse and a Super Star Sire.
O’Reilly is a brown horse foaled 1993, by Last Tycoon-Courtza. He was named after the Irish industrialist and famous rugby player Tony O’Reilly. His dam Courtza won the world’s premier 2-year-old race – the Group One Golden Slipper in 1989 when ridden by Hall of Fame jockey Shane Dye.

O’Reilly had a brief but spectacular race career, winning four of only six starts including Group Ones Bayer Classic and Telegraph Handicap before running 2nd in the Australian Guineas.

He was awarded Horse of Year & Champion Sprinter-Miler titles for the 1996-97 racing season.
O’Reilly retired to Waikato Stud in 1997. To date, he has won four NZ General Sire Premierships and is third on all-time sire of stakes winners behind the Hall of Fame stallions Sir Tristram and Zabeel.

Story by Dennis Ryan / The Informant