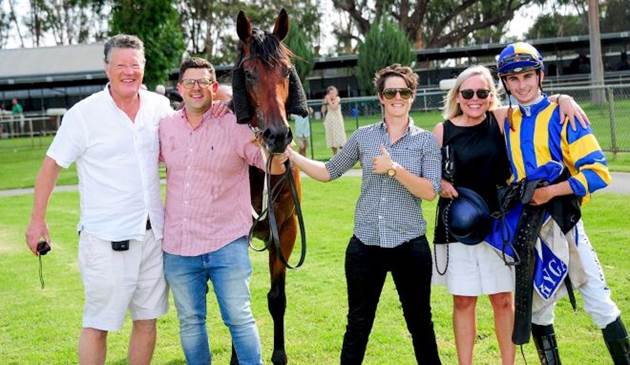 It was only moments after Mitch Beer had arrived at Echuca for the Cup Day program that he thought his trip would be a wasted one.

The Albury trainer arrived with New Zealand recruit Hanger (NZ) (O’Reilly), a horse he thought could win the $100,000 Moama Bowling Club Echuca Cup, but one he knew was at his best on tracks with the sting out.

Beer was pleasantly surprised to see the five-year-old drive late to score victory in the 1400-metre event.

“We walked in and we got a text message that the track had been upgraded to a (Good) 4 and I said to (sister and racing manager) Ash, ‘we should scratch this horse’,” he said with a laugh.

“I just want to look after him. It’s so hard to get good-quality horses and we treat him like a Group horse.”

The son of O’Reilly turned in a performance that backed up the trainer’s belief to score a fighting win, the fifth of his 22-start career.

Hanger, who started $12, scored by three-quarters-of-a-length from Easy Beast ($7) with $2.60 favourite Ashlor, who was chasing a second country feature in as many weeks, close up in third position.

“As the track was drying out through the day, that was my only concern, but I can’t wait to see him out to a mile. There’s a lot of potential there.”