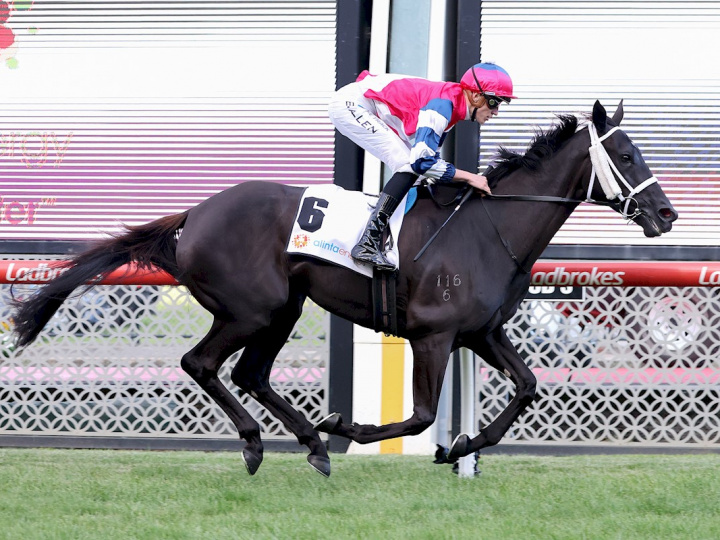 Sacred Lass turned her form around in emphatic fashion at Moonee Valley on Friday evening and full marks to jockey Ben Allen for the part he played in the reversal.

The daughter of Sacred Falls had been below par at her two most recent outings, but the Phillip Stokes-trained mare responded to an aggressive display from Allen to romp home over 2040 metres and the fourth win of her career.

“Full credit to Ben, it was a great ride. It was a bit nerve-wracking when he took off at the 800, but Ben knows these races so well,” stable representative Michael Harrison said.

The Waikato Stud-bred and sold Sacred Lass had the leaders within her sights before Allen make an early move and, after hitting the front before the turn, coasted to the post with 2.5l on her nearest chaser.

She was purchased by Stokes at the Magic Millions Gold Coast Yearling Sale for $120,000 and is a half-sister to multiple winner and Group performer Seriously.

Their dam is the Savabeel mare Promenade, who foaled a Tivaci colt last year and then made a return visit to the son of High Chaparral, a half-sister to the Matamata farm’s two-time Group 1 winner Legs.

Tiptronic, Guyno and Sixty Seconds are other top-flight success stories in the immediate pedigree.